Warren Buffett, (age 44,) explains the futility of playing the market to Katherine Graham of the Washington Post 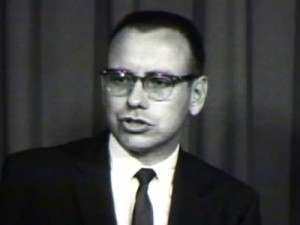 In 1975 at age 44, Warren Buffett wrote a letter explaining the futility of playing the market with some advice on how to invest pension accounts to the Chairman and Chief Executive, Katherine Graham of the Washington Post Company.

Fortune magazine recently published the 19-page letter in which Buffett makes the case against traditional stock picking and fund management. You can read the entire letter below.

The Washington Post was recently sold to Amazon.com founder and chief executive Jeffrey P. Bezos, ending the Graham family’s stewardship of one of America’s leading news organizations after four generations. The company’s newspaper division has been facing tremendous struggles in recent years; in the first half of 2013, it lost $49.3 million. The great surprise is the health of the pension plan.

Buffett wrote suggestions for the problems developing in pension plans, advice which Graham took resulting in the fine state of the Post’s pension plan.

Buffett was 44 at the time and was not as well-known an investment guru he is now. However, he managed to identify problems others would only notice years later. His key advice to Ms. Graham: think like an owner, look for a discount, and be patient.

In the letter, Buffett discusses:

Here is Buffett’s pithy explanation of the statistical concept of regression to the mean:

If above-average performance is to be their yardstick, the vast majority of investment managers must fail. Will a few succeed due either to chance or skill? Of course. For some intermediate period of years a few are bound to look better than average due to chance just as would be the case if l,000 “coin managers” engaged in a coin-flipping contest. There would be some “winners” over a 5 or 10-flip measurement cycle. (After five flips, you would expect to have 31 with uniformly “successful” records—who, with their oracular abilities confirmed in the crucible of the marketplace, would author pedantic essays on subjects such as pensions.)