With unemployment rates moving in opposite directions, US stocks appear over-valued while Canadian stocks are closer to historic averages.

The US economy could be poised for further growth in 2014 following reports of a two-and-a-half-year record high in factory activity in December and another drop in the number of new claims for unemployment benefits in the last week of the month. Data from the Commerce Department provides yet another indication that the country’s economy is picking up pace, showing that construction spending surged to its highest level in almost five years in November.

Last month, the index of national factory activity was measured by the Institute of Supply Management (ISM) at 57.0. The index had reached 57.3 in November, scoring its best reading since April 2011. In view of the solid index of new orders, which climbed to its highest level for the past three and a half years, and decreasing supply, US manufacturing activity will likely see a strong start this year.

Manufacturing accounts for only 12% of economic activity in the United States but it has been a significant driver of growth after the recession. The sustained improvement in manufacturing, coupled with gains in other sectors of the economy, is putting the country well on track for brisk growth this year. 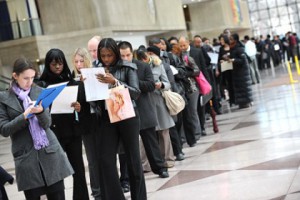 With unemployment rates moving in opposite directions, US stocks appear over-valued while Canadian stocks are closer to historic averages.

Unemployment rates are down in the US, following a recent report from the US Labor Department that  shows claims for jobless benefits fell by 2,000 to 339,000 on a seasonally adjusted basis in the last week of 2013, marking the second consecutive week of declines. The drop was consistent with the improving conditions on the labour market, a rise in factory employment and a strong uptick in households’ confidence in labour market conditions.

All these figures suggest positive momentum in the world’s biggest economy. However, The S&P 500 Index posted a total return of 32.4% in 2013. Thomson Reuters recently calculated that 103 companies in the S&P 500 had issued negative guidance on profits compared with just nine that have been positive—the worst ratio on record. Analysts are downgrading their forecasts for fourth-quarter profits at a rapid rate. US equities are trading at a cyclically adjusted price-earnings ratio of 25, well above the historical average at a time when profits are coming under pressure.

Here in Canada, the argument could be made that continued growth in the US economy, greater economic stability in Europe and steady growth in the developing economies will result in greater demand for resources. Unfortunately, Statistics Canada announced today that our unemployment rate rose to 7.2 per cent from 6.9 per cent while employment fell by 45,900 in December.