TransCanada Corporation (TSE:TRP, Mkt cap 33.76B, P/E 20.38, Div/yield 0.52/4.33, EPS 2.36, Shares 709.00M) and ABB announced today that they have shaken hands on a deal that will see ABB deliver a number of multi-million dollar electrical houses along the Energy East Pipeline. 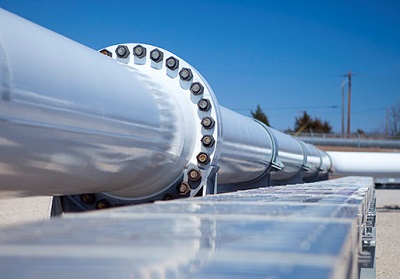 TransCanada said the agreement will benefit the Québec economy, with it expected to create 120 jobs in the province and a further 90 spin-off jobs outside of the greater Montreal area.

The ‘e-houses’, which are required to power pump stations to ensure safe and GHG-efficient operations, are slated to be manufactured at a new production facility in the greater Montreal region.

ABB Canada, a division of ABB Group, will be tasked with making at least 22 e-houses, with each one custom-designed to TransCanada’s requirements – which includes a compact design to minimize the impact on the local environment.

“We are already very active in Québec, spending $100 million in contracts with more than 250 suppliers over the last three years alone,” added Soini. “This includes $25 million in service contracts in preparation of the project. We look forward to continuing to work closely with Québec suppliers as we develop the project and will work to develop further opportunities.”

In a statement, TransCanada highlighted how the Energy East project will create over 3,000 jobs each year in Québec during the nine years of planning and construction for the pipeline, along with $972 million in tax revenue for the province. When the pipeline goes into service, total tax revenues for Québec will amount to $1.2 billion for the first 20 years of its operation, it claims.