TransCanada Corporation (TSE:TRP, Mkt cap 29.59B, P/E 17.72, Div/yield 0.52/4.98, EPS 2.36, Shares 708.95M) is nothing if not determined with its Keystone XL pipeline. On hearing that U.S. President Barack Obama had formally rejected the energy project on Friday (6 Nov.), the firm declared it was “absolutely committed” to seeing it through, the Financial Post reports.

“Today, misplaced symbolism was chosen over merit and science – rhetoric won out over reason,” TransCanada’s president and CEO Russ Girling told the media shortly after Obama’s White House news conference to announce his decision on the long-delayed pipeline. 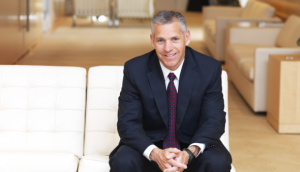 “Today, misplaced symbolism was chosen over merit and science – rhetoric won out over reason,” TransCanada’s president and CEO Russ Girling

Girling suggested that the fight to get the project off the ground didn’t end with the president’s rejection, with talk of a new application for a border-crossing pipeline being submitted. This, too, would require presidential approval.

The Keystone XL project has now been active for seven years, suffering setback after setback and consuming $2.8 billion of the company’s capital.

TransCanada had hoped a request to suspend the latest review would bide itself some time to apply for state-level approvals for its route through Nebraska.

However, documents released by the State Department on Friday revealed that the U.S. Secretary of State John Kerry had signed the recommendation to reject Keystone XL the next day, Tuesday.

Then on Wednesday, Kerry formally denied TransCanada’s suspension request, after he had recommended Obama reject the pipeline.

Obama rejected Keystone XL on the grounds that “shipping dirtier crude oil into this country would not increase America’s energy security.”

Commenting on the impact of the $2.8 billion that’s already been spent on the project, FirstEnergy Capital Corp. analyst Steven Paget said in a research note that TransCanada could write it off, which would have a one-time effect on its earnings.