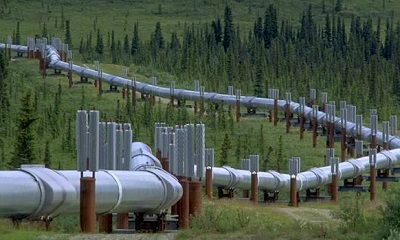 TransCanada’s Mark Cooper revealed that the spill was spotted by a local landowner around noon local time on Saturday who swiftly made the matter known to the company.

Following the call, the pipeline was brought to a halt in a matter of minutes, according to Cooper.

“As soon as we got that report in we immediately began efforts to shut down the pipeline and crews were immediately dispatched to the site,” he said.

Cooper then proceeded to play down the extent of the spillage, stating that it covered a “small surface area” and no significant impact to the environment was observed.

The company will continue to investigate the source of the spill, which was found about six kilometres from TransCanada’s Freeman pump station, which sits roughly 60 km southwest of Sioux Falls, S.D.

Cooper confirmed that it has also informed landowners and local agencies in the area as well as regulatory agencies including the National Response Center and the Pipeline and Hazardous Materials Safety Administration.

The Keystone pipeline, which carries about 500,000 barrels of oil a day, begins its journey at Hardisty, Alta., east through to Manitoba before it turns south to markets in the American Midwest and U.S. Gulf Coast.

This latest incident will have done little to help TransCanada’s cause to push through its proposed 4,600-kilometre Energy East Pipeline that would ship Alberta crude to New Brunswick.