Market Outlook – And The Band Played On…

“Politicians and diapers must be changed often, and for the same reason.”– Mark Twain

Thus far, the calamities predicted by the pundits that would result from the Brexit vote to leave the European Union have not been as severe as anticipated. Perhaps this is due to the building geopolitical and economic stresses that have diverted the focus from Brexit to other issues. Furthermore, the impact of Brexit will likely take some time to discern as the trade, migration, political and other ramifications evolve over the coming months and years. Meanwhile, governments globally continue in their efforts to stimulate economic growth with what appears to be diminishing results.

The Canadian stock market continued its advance for the year as the S&P/TSX Index increased 5.5% for the quarter bringing the year to date return to 15.8%. Information Technology was the leading sector up 12.2% in the quarter followed by Industrials (10.8%), Health Care (9.0%) and Consumer Discretionary (8.9%). Only Real Estate (-1.5%) and Materials (-1.1%) recorded negative results. The US market was less robust as the S&P 500 advanced 3.9% in the quarter while the Dow Jones Industrial Average recorded a 2.8% gain.

We head into the final quarter of 2016 with some trepidation. Many parts of the world are experiencing political and economic uncertainty. For the most part, stock markets have exhibited great resiliency in the face of anaemic economic growth, rising protectionist sentiment and increasing regulatory constraints. 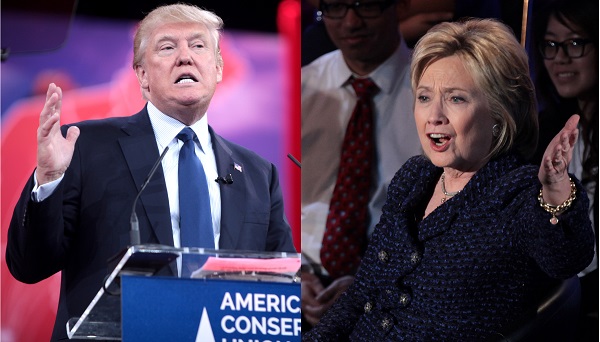 In the US, election fever will dominate the news as the voters attempt to decide which presidential candidate they dislike the least. Investors will continue to look for evidence of a strengthening economy as growth continues to be lacklustre despite relatively positive trends in employment and housing prices. It is interesting to note that despite a short rally in September following the Federal Reserve’s decision to leave interest rates unchanged, the Dow Jones Industrial Average was down 0.4% for the month. Investors continue to be concerned over declining corporate earnings that have been evident over the past six quarters in an economy that is exhibiting growth below potential. Earning per share have increased largely as a result of massive share buy backs and dividend increases that have been delivered at the expense of lower capital investment.

Europe is dealing with more problems than just the aftershocks of Brexit. The ongoing migration crisis continues to bolster extremist political rhetoric while the underlying financial instability of the European banking system continues unabated. The most recent shock has come from Germany, which up until now has been the economic engine of Europe. The US has levied a fine of US$14 billion against Deutsche Bank for its participation in selling mortgage-backed securities in the US in 2008. A fine of that size would be close to the bank’s total market capitalization of US$18 billion while expectations are for a settlement in excess of US$5 billion. The failure of Deutsche Bank would have the potential to be very destabilizing to the world’s financial system. Deutsche Bank has the second largest derivative exposure in the world after JP Morgan. As the Bank’s creditors and depositors concerns grow, it remains to be seen if a bailout or refinancing will be forthcoming.

In Eurasia, the Russian economy continues to deteriorate under the pressure of low energy prices. The Russian response has been to exhibit bravado in the Ukraine and the Middle East, particularly in Syria. Whether these actions are anything more than posturing remains to be seen but tensions with the US and its allies are escalating.  China continues to exhibit hegemony in the South China Seas to the chagrin of neighbouring states. The US has responded with stationing a naval presence in the area only to have Chinese aircraft fly by in close proximity. North Korea continues to build on its nuclear energy program much to the entire world’s consternation. These demonstrations add to geopolitical tensions even if they turn out to be mere sabre rattling.

Since 2008, the global central banks have intervened in the economy through maintaining low interest rates in their efforts to stimulate economic growth and spending. In this environment, asset prices have been bid up on the back of easy money and debt, both in the public and private sectors. The build up of debt, much of it at negative interest rates, has reached proportions that make the contemplation of higher rates ever more alarming. Low rates used to be a sign that investors were less risk averse whereas now they appear to reflect an insurance premium paid to park money for a period. With or without productivity growth, lenders will want to be compensated at some point and governments will be forced to curtail their voracious spending appetite.

More worrisome is the propensity of politicians to exploit unrest in the electorate by blaming business, free trade and globalization for their plight. Trust must be fostered in the economies in order to promote investment, job creation and economic growth. The enabling of barriers to trade will do little to engender greater trust and investment.

Longer term, technology will continue to generate great opportunities and great dislocations. Rapid technological advances that are reshaping media, retailing, manufacturing, and administration and service delivery are impacting whole industries. These changes will cause greater stress as the skills required for employment evolve and leave many people behind. At the same time, the faster speed and volume of business will foster economic growth and prosperity.

The emerging economies are lifting vast numbers of people out of poverty into middle and upper class consuming environments. Aging populations in the developed world are putting greater pressure on health care and service delivery as lifestyles and consumption habits evolve.

So, despite our near term trepidation we think that investors will have many opportunities. It is through these periods of greater uncertainty and disequilibrium that our efforts will be directed towards identifying investments to enhance portfolio profiles towards meeting investors’ goals and objectives.

You and view and download our third quarter commentary here: