The Financial Post reports that the analysts, on average, had expected a loss of one cent. However, Vancouver-based Teck, Canada’s largest diversified miner, reported a small adjusted profit on for Q4 of $16 million, or three cents a share.

However, while Teck posted a profit in the fourth quarter on an adjusted basis, it had an overall net loss of $469 million as it reported writedowns due to falling commodity prices. 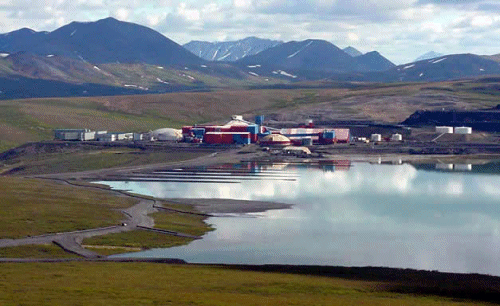 “This is a cyclical business and down cycles are expected. But this cycle is exceptional in terms of both length and depth,” chief executive Don Lindsay said on a conference call.

The firm has a big few years ahead. While it boasts $1.8 billion of cash on its balance sheet currently and US$3 billion available in a credit facility, a massive 2.9 billion investment into Fort Hills, an oil sands project in Alberta – expected to reach production late next year – causes concern. At current oil prices, Fort Hills would not generate the cash flow Teck expected when it committed to the spending.

Therefore, it comes as little surprise that Teck is exploring ways to obtain capital, despite having raised nearly $1 billion last year by selling metal streams on two of its mines, with more stream sales in the offing.

Lindsay said it is also open to selling infrastructure assets, but stressed that it has no plans to issue equity and dilute shareholders while the market is so weak.

Vancouver based Teck Resources Ltd. is engaged in the business of exploring, acquiring, developing and producing natural resources. Teck is focused on steelmaking coal, copper, zinc and energy. It explores for copper from its interests in Antamina in Peru, Quebrada Blanca and Carmen de Andacollo in Chile and Duck Pond in Newfoundland. The Company has around 97.5% interest in Highland Valley Copper. The Company produces mined zinc, primarily from its Red Dog mine in Alaska, the Antamina mine in northern Peru, and its Pend Oreille mine in Washington State. Its energy assets in the Athabasca oil sands region of northeastern Alberta include its interests in the Fort Hills oil sands project, Frontier oil sands project in various other oil sands leases in the exploration phase, including the Lease 421 Area. More from Reuters »