Talisman Energy Inc. (TSE:TLM) is committed to implementing its reorganization plan. It is not planning to resort to a fire sale after it emerged this week that the Canadian oil and gas producer had rejected a $17 billion acquisition offer from French utility GDF Suez SA (OTCMKTS:GDFZY) last year. 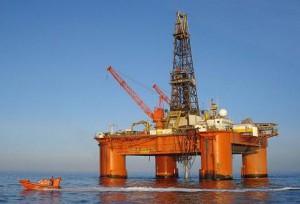 According to banking and industrial sources quoted by Reuters on Monday, the French utility approached Talisman with the bid in 2013 but the Canadian company did not consent to certain terms of the deal. GDF sent its last bid in early December, proposing to buy part of Talisman, but the board of the Calgary-based company rebuffed the written offer and the two sides have not communicated since then, the insiders said. According to one of the sources cited by the news agency, the takeover bid offered a “low-ball” price for the company’s top assets and it was pretty clear that GDF had little chance of succeeding.

Talisman’s move reflects its aim to complete its turnaround plan, expecting that this would provide for an increase in value. CEO Hal Kvisle said that cleaning up Talisman was his top priority before he steps down some time this year. In recent years, the company has been struggling to show progress and its shares have lost some steam.

The oil and gas producer has also rejected bids for certain of its Duvernay assets, stating that it would rather find partners for some of its projects than sell them for a low price.

Talisman spokesman Brent Anderson did not wish to comment on the Reuters report but it sent the company’s stock 27% higher to C$12.83 on the Toronto Stock Exchange on Monday