TransCanada Corporation (TSE:TRP, Mkt cap 38.92B, P/E – , Div/yield 0.56/4.10, EPS -1.94, Shares 702.51M) said on Monday that it has won a contract to build, own and operate a natural gas pipeline in Mexico in partnership with local energy infrastructure firm IEnova, a subsidiary of Sempra Energy. 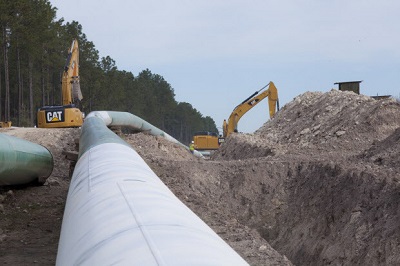 The two companies will build, own and operate the US$2.1bn Sur de Texas-Tuxpan pipeline through their joint venture, Infraestructura Marina del Golfo (IMG).

TransCanada will develop, operate and own 60% of the project, with IEnova owning the remaining 40%.

“We are extremely pleased to further our growth plans in Mexico with one of the most important natural gas infrastructure projects for that country’s future,” commented Russ Girling, TransCanada’s president and CEO. “This new project brings our footprint of existing assets and projects in development in Mexico to more than US$5bn, all underpinned by 25-year agreements with Mexico’s state power company.”

Expected to start operating in late 2018, the pipeline will extend from offshore in the Gulf of Mexico, at the border point near Brownsville, Texas, through to Tuxpan, in the state of Veracruz.

The project is planned to connect with TransCanada’s Tamazunchale and Tuxpan-Tula pipelines, as well as CENAGAS’s pipeline system in Altamira and other transporters in the region.

TransCanada was awarded the Tuxpan-Tula and the Tula-Villa de Reyes pipelines in Mexico in the last eight months. Construction activities for these two projects are already in progress, with in-service dates scheduled for 2018.