Following a review of the schedule, project costs and throughput, Suncor, operator of the Fort Hills Energy Limited Partnership, which owns the project, stated that the overall cost of the project is now estimated to be between $16.5bn and $17.0bn, or about 10% more than forecast. 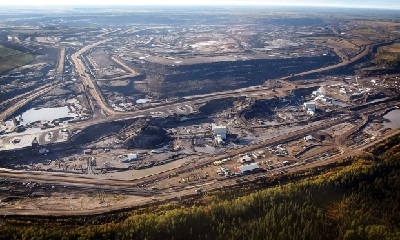 Teck Resources (TSE:TECK.B) and Suncor Energy (TSE:SU) raise cost estimate for Fort Hills oil sands project[/caption]While most of the project is progressing in line with the original plan and budget, last year's wildfires in Fort McMurray and construction changes have increased the capital cost estimate for the secondary extraction facility.

The project, located in the Athabasca oil sands region of northeastern Alberta, was more than 76% complete at the end of the fourth quarter of 2016, with two of the six major project areas (mining and infrastructure) turned over to operations. All major plant equipment and materials are now on site, and all major vessels and process modules have been installed. Shovels, trucks and equipment are mobilizing for operations.

According to Teck, the project remains on track to produce first oil in late 2017.

The cost per flowing barrel of bitumen is expected to remain at about $84,000 because nameplate capacity has been increased to 194,000 barrels per day (bpd) from 180,000 bpd.

Suncor holds a 50.8% interest in the Fort Hills Energy Limited Partnership, with 29.2% held by Total E&P Canada Limited and a 20% interest held by Teck.

We believe that successful investors focus on the quality of the assets they buy. Speculators focus on guessing the future prices. Like to learn more? Please contact us here>> The opinions expressed here are ours alone. They are provided for information purposes only and are not tailored to the needs of any particular individual or company, are not an endorsement, recommendation, or sponsorship of any entity or security, and do not constitute investment advice. We strongly recommend that you seek advice from a qualified investment advisor before making any investment decision.