“Politics is the art of looking for trouble, finding it everywhere, diagnosing it incorrectly and applying the wrong remedies.” –Groucho Marx

“The expected rarely occurs and never in the expected manner.”- Vernon A. Walters

It didn’t go the way the pundits predicted. As the second quarter came to a close, people in the UK voted to exit (Brexit) the European Union by a narrow margin. Despite the narrow differences in the polls, global markets and the mainstream press indicated that the opposite outcome would prevail in the days leading up to the vote.

Investors hate uncertainty. The immediate reaction to the Brexit vote was severe and negative. However, stocks recovered to a great extent over the following week. 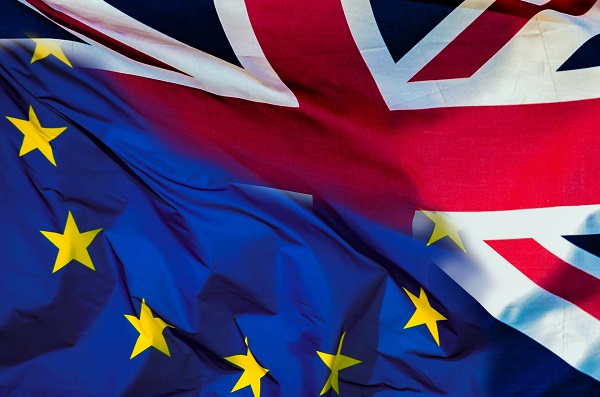 Stock Market Outlook 2016 – Brexit decision will continue to weigh on market sentiment for some time.

The Brexit decision will continue to weigh on market sentiment for some time. The vote result was a wake-up call to politicians of every stripe as the rationale for the outcome is debated and dissected. The vote reflects an underlying current of discontent within populations in the developed democracies as politicians have sought to engender resentment over wage stagnation, disappearing jobs and a growing inequality of outcomes. (Politicians looking for trouble and finding it everywhere.) The result has been a focus on the very trends that have sustained wealth and economic growth over the post-WWII period: globalization, free trade and migration. The same style of political rhetoric is evident in the US as they prepare for the presidential election in November.

While a divorce from the European Union, if indeed it ever comes to fruition, may take years to negotiate, investors will deal with the inherent uncertainty that will surround the negotiations. In the immediate aftermath of the vote, volatility increased as did bond prices as yields spiked lower and the US dollar increased in value along with gold as investors sought a safe haven. The British Pound is hovering near a thirty year low against the US dollar. Once the initial shock had subsided, share prices recovered as investors became reconciled to the fact that this will be a long process, the results of which may not be as devastating as the pictures painted by pundits prior to the vote.

Although overshadowed by Brexit at the end of the second quarter, other things of note were occurring during the period.

As noted in our last Retrospective and Prospective, the Federal Reserve in the US had gone from a more aggressive posture with respect to raising interest rates to a less certain posture by the end of the first quarter. In the second quarter, more evidence of a slowdown or weaker economy is likely to reduce the prospects of higher interest rates even more. On the positive side, the first quarter GDP figure was modestly higher and housing markets appeared to be firm. More banks passed tests of capital adequacy, improving prospects of dividend increases. However, both industrial production figures and capacity utilization figures disappointed investors as did unit labour costs and productivity numbers. Employment figures disappointed with large withdrawals of people from the workforce. Manufacturing inventories were higher than expected while auto sales declined.

Commodity prices strengthened over the quarter bolstering the shares of Material and Energy companies.

In Japan, sales tax increases were postponed due to fears of a weakening economy in the face of lower machine orders and lower exports.

In this environment, the yields of stronger issuers were pushed lower. In Germany, the 10 year bonds went into negative territory and Swiss bonds were driven to a negative yield all the way out to 50 years. There are now in excess of US$10 TRILLION in negative yield bonds in circulation!

Stock Market Outlook 2016 – In this environment, what is an investor to do?

The dynamics and benefits of a diversified portfolio are evident. As we witnessed during the Brexit aftermath, when stocks retreated, the value of the US dollar, gold and bonds went up. Assets react to events and capital flows to where it is treated best. The interplay between bond yields, credit spreads, stock prices, currencies and liquidity will continue to be impacted by economic conditions, energy and commodity prices, changes in central bank and political policies and demographics. Technology will continue to change the shape and nature of employment. As much as the Luddites would like to turn back the clock and take isolationist stances, technology will advance domestically and abroad.

Over the longer term, there will undoubtedly be winners and losers. Stronger companies will survive and prosper. During the Brexit incident, we placed bids below the market in order to try and capture opportunities that may have been presented.

Investors that are prepared will prosper.

You can view and download your own copy of our complete market commentary here:

“The house of delusions is cheap to build but drafty to live in.”- A.I. Housman

“Anyone who lives within their means suffers from a lack of imagination.”- Oscar Wilde

It all seemed so easy. The elixir of low interest rates and successive rounds of quantitative easing by the central banks created an environment wherein stock and real estate prices have risen, private equity and credit deals proliferated, corporations lowered their cost of capital with low rates and sub-prime borrowers regained access to capital. Until this quarter, investors were content to drink this elixir as markets steadily climbed out of the depths from 2008. The politicians taking credit and the central bankers implementing these policies cannot be accused of a lack of imagination.

Geopolitical events continued to buffet investors’ concerns. While the fight between the Ukraine and Russia appeared to abate to some extent, conditions in the Middle East continued to deteriorate as the US started to pressure allies to support renewed intervention. Ongoing concerns in the South China Sea remained prevalent while investors’ attention was diverted to the potential fallout from the Scottish vote on independence and a surge of pro-democracy activity in Hong Kong. In addition to these events, a resurgence of the deadly Ebola virus appeared toward the quarter end.

In September, markets deteriorated as investors sought to protect profits earned to date.

As investors began to bolt from the equity markets, they sought a safe haven in the US dollar. The Canadian dollar depreciated 4.7% against the US dollar in the quarter, largely reflecting softening energy and commodity prices. Against other currencies, the Canadian dollar performed relatively better as they were hit even harder. Are we witnessing a race to the bottom as governments try to spur economic activity and exports through lower currency values? Certainly, it will be difficult to raise interest rates significantly in this environment.

Inflation has yet to appear despite the expansion of central bank balance sheets by some $US7 to $US8 trillion since 2007. Government deficits continue to exacerbate already extremely high debt levels globally. France will post a 4% deficit this year while Japan will post close to 8%. In the US, the deficit is approaching 6%; slightly ahead of the UK (5.3%) and Spain (5.5%). As a result of these accumulating deficits, Japan now has over a 250% debt to GDP ratio! Debt to GDP is through 100% in the US and through 90% in the UK. In Canada, we are approaching 90%. How long will the bond markets continue to allow these debts to expand at these low interest rates? Yet, in many countries, deflation remains a valid concern as some prices fall. In the longer term, demographic headwinds in the developed economies will certainly contribute to these deflationary concerns.

In Europe, economic stagnation has yet to be conquered by attempts to stimulate growth in part by devaluing the Euro. Signs of slowing growth in the emerging economies and especially China have put pressure on commodity prices. With this in mind, energy prices have hit a near perfect storm in the short term with fears of waning demand at a time of record production and high inventories. In Canada, Energy and Materials were the worst performing sectors this quarter declining 7.3% and 10.5% respectively.

Market volatility has picked up in this environment. There has been greater activity in mergers and acquisitions and Initial Public Offerings (IPO’s). The largest IPO ever was floated in the quarter as Alibaba went public raising $25 billion. Despite this renewed level of activity, markets retreated sharply in the latter month of the quarter. During these market declines, emerging markets and smaller companies have been the hardest hit.

Is this the pullback that we referred to as a possibility in the last quarter?

To a large extent, we think that it is just that; a pullback. As noted previously, valuations were running somewhat ahead of fundamentals. We had been taking some profits and building cash positions. As the US economy continues to expand, Canada will be a beneficiary. We are sticking with our valuation discipline and monitoring many situations seeking opportunities to deploy cash.

You can view our third quarter fixed-income commentary here>>

You can view and download a complementary copy of our complete Third Quarter Retrospective and Prospective here: