“Markets are born in pessimism, grow on scepticism, mature on optimism and die of euphoria.” – Sir John Templeton

“A pessimist is one who has been compelled to live with an optimist,”- Elbert Hubbard 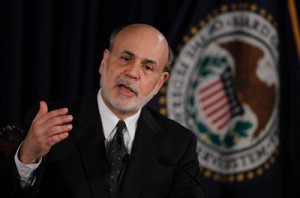 You would think that it would have been good news.  On May 22nd, Ben Bernanke, Chairman of the Federal Reserve in the United States, commented that later in the year the central bank would consider decelerating the rate at which the bank was purchasing bonds in the market, conditions permitting.  In other words, he was hinting that the economic recovery was reaching the point where the so-called Quantitative Easing (QE) program was either less needed or no longer providing stimulus to the economy as conditions have improved and are approaching self sufficiency.

Investors evidently took a different interpretation and sent markets globally into a tailspin taking some $4.2 trillion dollars of value with the market exodus that ensued.  Gold lost its lustre falling briefly below  $1200 per ounce from the $1600 level at the start of the quarter.

What started out as an optimistic quarter, ended on a degree of pessimism.

Geopolitically, it is easy to find rationale for investor concerns.  Indications point to a slowing in the rate of growth in the Chinese economy resulting in a weakening of commodity prices.  Chaos in the Middle East, particularly Syria, is giving rise to a fear of contagion that could spread to the oil producing states in the area.  Worries persist about Iran’s nuclear ambitions.  The Eurozone is on the verge of slipping back into recession as civil unrest rises over the debilitating effects of austerity measures.  Doubts have increased about the sustainability of the European Union itself.  Countries in Central and South America have exhibited tendencies towards taking a greater share of the profits from mining and other projects in the region.

Canada’s stock market with its heavy resource component was particularly vulnerable to these concerns.  The Materials and Energy sectors, comprising 13% and 25% of the S&P/TSX Index, were down 23% and 4% respectively.  Bad news at Blackberry took the Technology sector down 12% while the prospect of rising interest rates depressed Utilities 6%.

The US stock markets were less impacted due to the relative lack of resource exposure.  New technology is creating a renaissance in the US energy industry as natural gas production hits levels not seen in decades while oil production is at levels comparable with the early 1990’s. Improving house prices and better employment figures combined with stronger manufacturing indicators to mitigate some of the negative sentiment that swept the market.  Nonetheless, the S&P 500 sold off over 3% in June following Mr. Bernanke’s comments.

The broader European market was down 1.2% in the quarter but declines were more pronounced in Italy, Spain and Portugal.   The Nikkei in Japan declined a modest 0.6%.  The emerging markets also declined in the Quarter: Brazil –11%, Russia –5% and China –10% (largely precipitated by a liquidity and credit scare).

So what does this mean for markets going forward?

We anticipate more volatility in the foreseeable future as economies, policies and currencies continue to send confusing and often opposing signals to investors.

Portfolio diversification can reduce risk only if differing asset classes and securities do not all move in the same direction.  In periods of uncertainty and market turbulence, the direction of various asset classes and markets tend to converge and liquidity can dissipate.   This is the type of environment where long-term value investors can thrive as stocks can be driven down to compelling levels.

We believe that over the next business cycle, equities will be the preferred asset class as the recovery gathers momentum and interest rates continue their assent.  We are prepared to take advantage of opportunities in these volatile markets.