“If you’re not confused (on the economy), you don’t understand things very well.”- Charlie Munger

2015 was a tough year to be an investor, particularly if you were in a country where the economy and stock markets were exposed to energy and other commodities. Nearly two-thirds of the commodity futures recorded negative returns in 2015; more than half of which posted returns that were down by double digits. For the second year in a row, oil prices reflected one of the worst performing commodity groups. Crude oil, as measured by Brent contracts declined by 36% in the year. Metals’ prices averaged declines of over 22% as measured by futures in the major metals; gold, silver, copper, platinum and palladium. Iron ore, nickel and steel faired even worse. 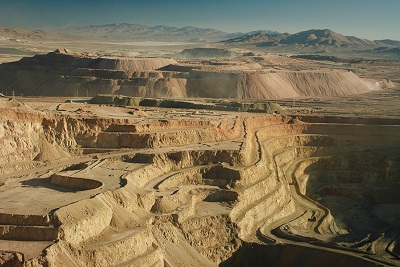 Market Outlook – 2015 was a tough year for investors exposed to energy and other commodities.

In the fourth quarter, investors continued to be buffeted by the volatility in the global markets that resulted from indecisive economic indicators and increasing geopolitical instability. Tensions continued to build in the Middle East. The terrorist attack in Paris on November 13 only served to exacerbate global concerns over the refugee crisis.  Investors also remained concerned with respect to the uncertainty regarding the slowing growth rates in the Chinese economy, particularly following the meltdown in the Shanghai Stock Exchange in August. Prices remained volatile and were on a downward trajectory at the end of the quarter relinquishing much of the gains achieved in the quarter. In the US, the Federal Reserve finally initiated a modest interest rate increase while indicating that more increases will follow. In Canada, a decisive victory by the federal Liberal party on a tax and spend platform added to investors’ concerns over the economy due to the repercussions of anaemic economic growth stemming from weak commodity prices.

Pessimism continued into the first trading day of 2016 when the markets in China suddenly fell close to 8% following news that Chinese manufacturing had declined for the 10th consecutive month in December. Other global markets followed. In the US, the Dow Jones fell 1.6%, its biggest opening day loss since 2008. In Canada, the TSX declined 0.6%.

Apparently, investors are approaching 2016 with low expectations. There are many reasons for this forlorn outlook.

Although the S&P 500 in the US managed to post a modest 1.4% gain in 2015, that gain was sustained by exemplary performance of very few stocks. On an equal weighted basis, the return would have been closer to negative 4.0%. The broader market indexes were even more negative as indicated by the NYSE Composite  -6.4%; the Value Line Geometric –11.2% and the Russell 3000 more than –20%.

The US dollar has been particularly strong against other major currencies appreciating 9% in 2015 following a 13% increase in 2014 (against the Canadian dollar: 19% in 2015 following 9% in 2014). This strength in the US dollar may serve to weaken the earnings of US companies, particularly if they are doing business abroad. Pressure could be put on margins as wage demands increase while limiting the ability to increase prices. This could put pressure on price to earnings (P/E) ratios as current cyclically adjusted P/E’s are higher than average at present. This would lower the outlook for GDP growth from 2015’s expected level of 2.4% to closer to 2.0% in 2016. If this occurs, foreign investors would lighten up on US holdings.

China’s debt to GDP ratio is estimated by The Economist to be in excess of 240%. If current trends continue, it would be difficult for China to escape a hard landing (a severe drop in GDP growth). This would put further pressure on their currency that is already anticipated to decline as a result of weaker economic growth. Given that this is an election year in the US, pressure would be put on politicians to consider protectionist measures that would lower the outlook for trade globally.

Reugee crisis is exacerbating discord in the European Union as they scramble to deal with the over one million refugees that have arrived already. Discord was already present as a result of the sovereign debt crisis that centred on Greece, Spain, Italy and Portugal. This refugee crisis stems from upheaval in the Middle East that has resulted in the US, Russia and China taking polarizing stances on how to defuse those tensions.

Investors in Canada continue to suffer from the fallout of low energy and metal prices. Estimates of GDP growth for 2016 of 1.8% following the anticipated figure of 1.2% in 2015 would reflect only the second time since World War II that two consecutive years have fallen below 2%. The ratio of the value of exports to the value of imports prices has reached its lowest level in twelve years.

Market Outlook – Is there any reason for optimism in the face of all these negatives? We think so!

Europe has its problems, but recent data point to improving manufacturing conditions and employment. Increasing measures of security will make large-scale terrorist attacks more difficult. The US economy continues to expand, perhaps at a more moderate pace, which should be of benefit to Canada.

Energy prices have been weak in the face of over supply, but low prices have already caused cutbacks in capital expenditures and companies in weak financial condition are selling distressed assets. Stronger companies will take advantage of these sales. Saudi Arabia has been maintaining high production levels to shake out excess capacity. The recent Saudi budget reflects a 13.5% deficit to GDP ratio assuming a US$40/barrel; the second successive double digit deficit. They have also hiked domestic prices of petrol, water gas and diesel. Given the desire of Saudi leadership to contain domestic unrest, their willingness to keep prices low will wane.

In the US, the junk bond market has imploded as yields have skyrocketed and prices have collapsed. Investors will also tire of share buybacks, non-strategic merger and acquisition activity and corporate tax inversions that serve the short-term interests of management ahead of the longer-term interests of shareholders. More funds will be utilized for capital investment and research and development.

Canadian investors are concerned that the new government is promoting tax and spend policies. While this is a legitimate concern, the Canadian economy is in relatively good health. Deficits could total some $140 billion over the next five years without severely impacting the debt to GDP ratio. However, the new government will be constrained by the current weak business conditions in Canada, particularly in Alberta and Ontario. Policies will have to be devised to attract business to stay. Corporate Canada is sitting on $482 billion in cash, or 8% of assets, that needs to be given incentive to go into capital expenditures and research and development. The weaker dollar should enhance exports of industrial machinery, motor vehicles, aircraft and consumer goods.

How quickly these initiatives will prevail, we have no idea. We do not predict markets nor do we get overly confused and tangled in economic statistics. We try to look through the foggy weather and identify companies that will benefit from the current environment and have the potential to prosper in the years ahead.

It is during these periods that staying with your investment discipline is paramount. While it is difficult to ignore the negative sentiment that often comes to the fore, it is precisely during these period that investors should be repositioning their portfolios for the next market cycle. One need not rush into buying whole positions; it is prudent to be prepared to add to positions in companies that are financially strong and well managed.