Goldcorp  to focus on creating value for stakeholders

The transaction concerns the partners’ combined 100% stake in the active Marigold mine, which will be bought by Vancouver-based Silver Standard Resources in a deal expected to close in April. The divestment is in line with Goldcorp’s measures to ensure disciplined portfolio management while focusing on creating value for stakeholders, CEO Chuck Jeannes commented.

Goldcorp owns a 66.7% stake and is also the operator of the mine, which is located in Nevada’s Humboldt county, while Barrick owns a 33.3% stake in Marigold. 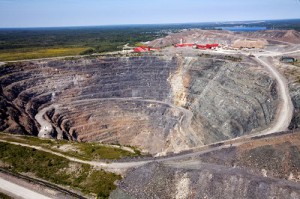 Goldcorp Inc & Barrick Gold Corp have agreed to sell their interests in a Nevada gold mine for $275 million in cash.

The gold miner did not say whether the sale had anything to do with its $2.6 billion hostile takeover offer for smaller sector player Osisko Mining Corp (TSE:OSK), which has brought the bid to court in an attempt to block it. The target company, which has a low-cost mine in northwest Quebec, is suing Goldcorp for allegedly misusing sensitive information that Osisko presented to the gold miner when they were discussing a friendly acquisition over five years ago. The smaller miner also insists that the offer filed by Goldcorp is too low.

In a statement, Goldcorp rejected Osisko’s allegations, saying that it has been involved in no improper activities related to the takeover bid.

The Quebec Superior Court, where the lawsuit was filed, has set a hearing March for 3rd to 5th to rule on its merits. As a result, Goldcorp has extended the expiration of its offer from February 19th to March 10th.

Goldcorp is well positioned to significantly increase production over the next few years.

Goldcorp announced this morning that it plans to buy Osisko Mining Corp.

The Vancouver-based company, which is one of the world’s largest gold miners, plans to produce between three million and 3.15 million ounces of gold this year, achieving growth of between 13% and 18%. The increase will come from higher grades at its flagship Peñasquito operations in Mexico, the ramp-up of Pueblo Viejo in the Dominican Republic and the expected start of gold production at Cerro Negro in Argentina and Éléonore in Quebec. 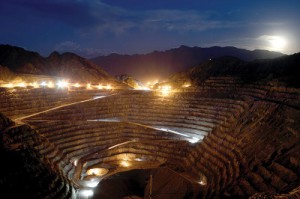 The gold miner projects that silver production will grow at a rapid rate this year as well, reaching between 34 million and 36 million ounces, of which about 22 million to 25 million ounces will be extracted at Peñasquito.

The company is upbeat that over the next two years gold production will expand by 50%. At the same time, cash costs are seen to decline by 15% to 20%, helping the company to improve margins and achieve free cash flow growth.

Goldcorp said it produced 767,000 ounces of gold in the last quarter of 2013, bringing its annual output to 2.67 million ounces, or 11% more than in the previous year.

Goldcorp is a well-run mining company. It is reducing its unit production costs, while increasing its annual output. This is a good strategy in a period of weak gold prices.