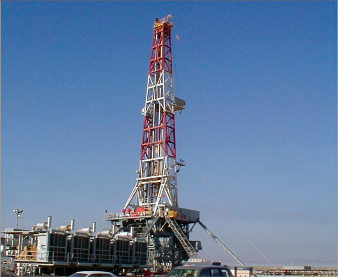 Canada’s oil and gas industry is facing “sustained challenges” due to low oil prices, the country’s drilling association said on Tuesday as it released its 2017 drilling forecast.

The Canadian Association of Oilwell Drilling Contractors (CAODC), which represents Canada’s drilling and service rig industry, expects 4,665 wells to be drilled next year — an increase of 1,103 from 3,562 in 2016. The total number of operating days is projected to reach 48,980, compared with 40,403 this year.

But the association commented that, after record low utilization rates in 2016, it would be difficult to suggest that 2017 could be anything but better.

“Activity is moving in the right direction, but we’re still in a depressed and desperate economic environment,” said CAODC president Mark Scholz.

The forecast also shows that the rig fleet is expected to decrease by 55 — from 665 drilling rigs to 610 — and CAODC pointed out that weak commodity prices, coupled with abnormal political and social factors, have led to sustained challenges for the industry.

Although the price of WTI crude oil is projected to stabilize somewhat, continued uncertainty surrounding pipeline infrastructure, and a planned carbon tax, continue to push Canada to the back of the line with respect to long-term investment, the association argued.

Moreover, an article in the Financial Post quoted Scholz as saying that the election of Donald Trump in the United States presents a competitive threat to Canadian drilling operators and energy producers.

A boost in US drilling activity, aided by the rollback of President Barack Obama’s environmental regulations under president-elect Trump, could cause American oil and gas production to increase sharply, Scholz explained.

He called on officials to weigh up how environmental policies like carbon taxes in Canada will affect the domestic energy industry’s competitive position relative to the United States under Trump.