The 'January Barometer' – does the performance of the market in January predict its performance for the rest of the year?

In the Pirates of the Caribbean, the young Miss. Elizabeth Swann demands that Captain Barbossa follow the “Pirate Code.” Barbossa rejects her demand, explaining that, “the code is more of what you would call guidelines than actual rules.” Investors would do well to interpret much conventional investment wisdom with the same flexibility. Instead many follow these so called ‘rules’ without questioning whether or not they are valid, or whether they apply to their situation.

Blind obedience to these rules can potentially increase risk and volatility in your portfolio. 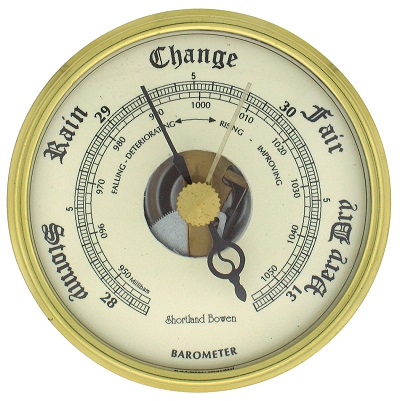 The 'January Barometer' is a good example of this sort of conventional investment wisdom. This ‘rule’ suggests that the movement of the S&P 500 during the month of January predicts the stock market's direction for the year.  If the S&P 500 is up at the end of January compared to the beginning of the month, proponents believe market will rise during the rest of the year. (The ‘January Barometer’ should not be confused with the ‘January effect’ This bit of conventional wisdom suggest that stocks rise in January as they recover from tax-loss selling in December.)


Lawrence D. Brown and Liyu Luo, writing in the Journal of Investing in 2006, found evidence to support the 'January Barometer.’ They also found that it is impossible for investors to benefit from. They concluded that the 'January Barometer’ works over 12 months, but not over 11 months. This is because in many ‘up’ years, the largest monthly gains occurred in January. That means investors have to be in the market in January to gain from the effect. If you wait until the end of January to confirm whether the market will rise or fall during the whole year, it’s too late to take advantage of the 'January Barometer.’

The 'January Barometer,’ like other attempts to ‘time’ the market is unlikely to improve your returns.

The emotional appeal of market timing is obvious: if you could sell a stock that has risen before it declines and move your cash to another stock that is about to rise, you could consistently earn significant capital gains. Unfortunately, reality is a harsh mistress.

DALBAR Inc., a U.S. research firm, compared actual investor returns with market returns. Their study found that while the S&P 500 had returned 8.4% over a 20-year period ending in 2008, the average equity investor earned just 1.9%, which was less than the inflation rate of 2.9%. Bond investors fared no better. They earned returns of just 0.8% compared to 7.4% for the index.

Why do investors who try to time the market do so poorly? Consider the past few years: the market timer says, “if I had sold in the summer of 2008 and bought in the spring of 2009, I would have made a huge gain.” Unfortunately, few investors had the foresight or intestinal fortitude to do that. Few sold in the summer of 2008, many sold after the markets had plunged, and fewer were willing to buy in March of 2009.


The problem is that emotions get in the way of rational decision-making. Stock prices in the spring of 2009 were low because investors, scared by the experience of the previous 6 months believed that things were going to get even worse. If you suggested that this was a good time to buy, their reaction would likely have been that they would prefer to wait until ‘things looked clearer.’ By which time of course, stocks had already risen significantly.

Warren Buffet: ‘The Stock Market is designed to transfer money from the Active to the Patient.’

We believe that investors are better served by following our three-part value investing strategy. In our view, it is the best way to reduce risk and volatility and earn consistent returns over time. Our diligent, patient and opportunistic approach has served our clients well, through good and bad markets:

Why does our value investing approach work? The prices of well-established, high-quality stocks tend to rise over time as the companies create value for shareholders. We believe investors are better off ignoring the day-to-day noise of the market, including the temptation to think you can time the market.