“There are 10^11 stars in the galaxy. That used to be a huge number.  But it’s only a hundred billion. It’s less than the national deficit (US)! We used to call them astronomical numbers.  Now we should call them economic numbers. ” ~ Richard Feynman,Theoretical Physicist 1919-1988 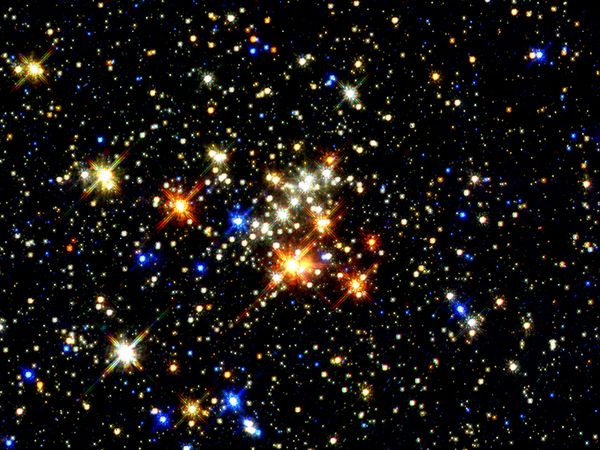 A billion stars in the galaxy–less than the US national debt!

At the end of 2012, worries focused on the likelihood that the political intransigence in the US would drive the economy over the “fiscal cliff”.  As it has been since the economic woes of 2007, a last minute agreement postponed the day of reckoning when real action will be required to reconcile the massive fiscal outlays relative to the revenue shortfalls.  In the interim, trillion dollar deficits add to the US debt obligations.

Eurozone problems continue to feed investor concerns as events there spring sporadically from unforeseen places.  While attention was focused on Greece, Italy, Ireland, Portugal and Spain, a banking crisis in Cyprus erupted in March.

While politician leaders and central bankers on both sides of the Atlantic scramble for solutions, stock markets forge ahead with optimism buoyed by indications that the economy, outside of the Eurozone, continues to expand.

The Materials sector was a huge drag on the Canadian stock market, declining 10.4% in response to falling commodity prices.  The other two major sectors, Energy and Financials, recorded positive returns each at 4.2%.  Stronger returns were reported in the smaller sectors most notably: Industrials (14.3%), Health Care (22.8%) and Information Technology (17.5%).

Across sectors, the strong performance of the US market was more evenly distributed.  Health Care (15.8%), Consumer Discretionary/Staples (10.7%/12.2%), Financials (11.4%), Utilities (13.0%), Industrials (10.7%) and Energy (10.2%) all recorded returns in excess of ten percent.  This strong performance was underpinned by improving news from the housing sector and more confidence exhibited by consumers purchasing more automobiles and other staples.  Energy companies and utilities were supported by the increased production of oil and gas arising from the improvement in  fracking technology.  The US balance of payments will benefit as greater energy independence from higher domestic production reduces the amount of imports.

Some good news emanated from Europe, as both Ireland and Spain were able to successfully auction bonds at rates lower than anticipated.  Then Italy had to spoil the optimism with an inconclusive election result that veered away from the fiscally prudent path they had started to follow.  Just as the Eurozone appeared to be settling down, investors were blindsided by a massive bank failure in Cyprus in March.  In order to negotiate a bailout from the European Central Bank, Cypriot politicians elected to confiscate a portion of the bank deposits in excess of 100,000 euros.  The longer-term effects of this appropriation of private property could undermine the whole concept of fractional reserve banking, particularly in countries under fiscal stress.

China and South Korea reported 2012 GDP growth of 7.8% and 2.0%, the slowest since 1999.  This slower growth has put pressure on commodity prices as demand has waned.

We continue to anticipate a challenging investment environment in the near future.  However, employment, manufacturing, housing and other economic releases from the US point towards slow but positive improvement in that economy.  Worries persist with respect to Canadian consumers being over-extended resulting in slower loan growth and a more precarious housing market.  Even at a slower rate of growth, the economy in China continues to lead the world in the pace of growth.  Commodity inventories will work their way down and a better pricing environment will evolve.  As long as the political meddling manages to avoid a calamity, these conditions will persist.

A near term correction in the market should not come as a great surprise given the gains thus far in the last six months.  Any setback in the market will be an opportunity to position portfolios for the eventual recovery that should become more evident as business expands. As we have previously stated, it is critical in this environment to be cognizant of the financial strength of potential investment targets to provide protection from a more extended period of uncertainty.

We are continuing to invest cautiously as we seek value in the stocks we purchase.

“ All money is a matter of belief.”- Adam Smith

Fixed income markets during the first quarter were buffeted by a variety of issues. The inconclusive resolution to the “fiscal cliff” issue was followed by similar political posturing, regarding raising the debt ceiling.  Then legislated budget cuts of the “sequester” in the US increased the market’s uncertainty about the longer-term health of the bond market.

The negative performance of the bond market in the early part of the quarter was subsequently offset by the flight to quality prompted by the renewed banking crisis in Europe, as investors sought safety in US dollars.  This time the crisis originated in the eastern Mediterranean island nation of Cyprus where huge off shore deposits were being jeopardized by the imprudent investments of the local banks that had purchased large quantities of Greek bonds. The proposed resolution would result in large depositors losing around 60% of their deposits and prevent the withdrawal of larger sums.

While the events in Cyprus are devastating for Cypriots, their financial services industry and foreign depositors, by itself is of arguably limited concern. What makes it a far more important event is the potential domino effect in countries with similarly shaky financial institutions.

These capital controls negated the idea that the Eurozone is an integrated region where capital can flow freely. This precedent has established that countries can and will place controls on the flow of capital if conditions warrant. While some people might argue that the conditions required it,  it is safe to assume that in the future, reasons will be found to rationalize any kind of controls and limitations on financial institutions.

The fact that depositors’ funds have been appropriated to offset the deposit taking institutions mishandling of their affairs is problematic. In future, depositors should perform due diligence on the institution to whom they entrust their deposits.  In reality, very few clients have the wherewithal to make an informed decision on the health of their bank.

The impact of this appropriation is that the fundamental building block of banking, confidence, is being eroded. Panic has yet to strike banks in Italy and Spain, amongst others. The assumption that is being made is that the average depositor with a hundred thousand euros or less will be protected.  Larger depositors don’t line up, but move their money in a more subtle fashion. We believe that many depositors will withdraw their money and the longer-term effect on European banks will be severe. We haven’t heard the end of the European crisis!

The total return performance of the bond market as measured by the DEX Universe Index for the first quarter was a modest gain of 0.7%. The ten-year Government of Canada bond yield increased by one tenth of a percentage point to 1.9%.