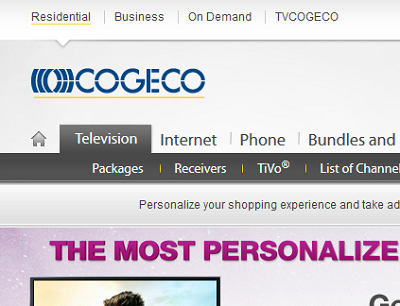 As The Globe and Mail reports, the Montreal-based company was determined to come good on its promise to look for US acquisition opportunities, having managed to reach its initial debt ratio target.

“Once our debt-to-EBITDA (adjusted earnings before interest, taxes, depreciation and amortization) ratio came down to the level we had committed to … we wanted to resume growth,” Cogeco chief executive officer Louis Audet said in an interview.

The firm’s next aim it is to begin to flourish in the United States as it does in Canada, having gained a foothold in the country in 2012 with the purchase of Atlantic Broadband, Audet explained.

In a statement, Cogeco said that Atlantic Broadband will purchase the assets of MetroCast Connecticut, which boasts 23,000 TV customers, 22,000 internet customers and 8,000 phone customers in eastern Connecticut.

Cogeco is expecting to see somewhere in the region of $45 million in revenue and $21 million in EBITDA from MetroCast Connecticut this year.

The deal will be financed through debt issued by Atlantic Broadband, if all goes to plan, and should be wrapped-up by the third quarter of this year pending regulatory approvals.

Once the ink has dried, Cogeco is planning to make more US cable acquisitions, Audet confirmed. He believes that there is significant growth potential in MetroCast Connecticut’s geographic region as a result of lower penetration rates for cable-based television and internet services compared with its Canadian markets.