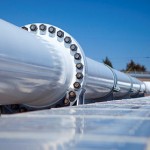 If natural gas distributors get their way, it could mean a further $1 billion will need to be invested in the plans, which TransCanada says will force it into having to reconsider its viability.

The Quebec government, too, appears to have some reservations, warning it will not automatically support the pipeline.

It’s believed that Calgary-based TransCanada has delayed formally filing the project for approval, as it negotiates with Quebec’s Gaz Metro Inc. and Ontario units of Spectra Energy Corp. and Enbridge Inc.

The energy distributor hopes it will be given the go-ahead to start work converting a 3,000-kilometer stretch of its mainline gas conduit to carry oil, which it says will go some way to addressing current “underutilized infrastructure”.

If it is given the green light, Energy East would be North America’s largest and longest crude line, crossing six Canadian provinces and carrying 1.1 million barrels a day.

Gas distributors claim, however, that adapting the mainline in eastern Ontario would lead to fuel shortages and higher prices. TransCanada says a new 250-kilometer gas line will sufficiently meet demand, but distributors argue it won’t be big enough, and have called on the company to build a standalone oil conduit or a gas line the same size as the existing one.

Gaz Metro agrees that, as things stand, there will be gas shortages at peak times, with it claiming that current proposals would reduce gas capacity in Central Canada by 20%.

However, TransCanada says building an oil line from North Bay, Ontario, to Ottawa instead of converting the existing one would cost at least $1 billion more and put Energy East in jeopardy.

If the proposal is submitted, the regulator will weigh up what’s in the national interest before making a recommendation to Prime Minister Stephen Harper.

Stockwatch – Over the past three years, TransCanada’s earnings growth has averaged 10.71% annually. This is better than the industry average growth of 2.26%. The company’s estimated earnings for fiscal years 2014 and 2015 are $2.35 and $2.54 respectively.