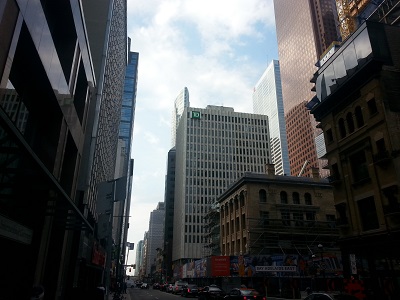 As Reuters reports, analysts had expected earnings (excluding special items) of $1.05 per share but the figure only came in at 98 cents per share.
However, Canada’s second-largest lender reported that its net income rose to $1.75 billion, or 91 cents per share, in the fourth quarter ended Oct. 31, from $1.62 billion, or 84 cents per share, in the same period a year ago.
The bank’s chief executive, Bharat Masrani, said he was content with the results, adding that he was particularly pleased to be ending the year with total adjusted earnings of $8.1 billion.
“Results for the year reflect good earnings from each of our businesses, driven by organic growth, strong fundamentals, and good results from recent acquisitions,” he continued.
Masrani cautioned, however, that he expects the operating environment to be more challenging in 2015, due to slow economic growth in Canada and sustained low interest rates, leading the bank to focus on organic growth.
In an interview with Reuters, Colleen Johnston, TD Bank‘s chief financial officer, said she remained optimistic that the bank can press on via this route.
“We are very focused on organic growth and we know we have lots of opportunities there. That’s not to rule out M&A (mergers and acquisitions), but we don’t have anything coming to fruition at this point,” she explained.