Stockwatch – Last week, Calgary-based global upstream oil and gas company Talisman Energy Inc. confirmed that it had been approached by Madrid-based global energy company Repsol S.A. No deal has been agreed as of yet.

The news came soon after Repsol announced that it was looking into ways to beef up its business through possible acquisitions. And in recent months, Talisman has come up in connection with these plans. 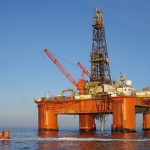 Talisman has already established a presence in North America, southeast Asia, the North Sea and Colombia. The company has been viewed as a takeover target for some time now.

However, separate parts of Talisman are considered more lucrative than the whole company, Reuters commented. On the one hand, it operates some incredibly desirable petroleum areas – such as the Eagleford shales in Texas, the Marcellus shale region in the US Northeast, and Western Canada’s Duvernay and Montney shales. While on the other hand, its North Sea assets aren’t that attractive – they’ve been missing production targets on a regular basis, becoming a burden on the company’s stock.

Talisman’s stock reached C$11.97 on the Toronto Stock Exchange after the announcement, marking a rise of 13%.

Banking and industry sources told Reuters back in January that France-based natural gas and electricity supplier GDF Suez PA also had aspirations to acquire Talisman and filed an offer for the company late last year. However, the two companies failed to reach an agreement, the insiders said at that time. Later GDF Suez denied having any such plans.

We believe clients are more concerned about losing money than making speculative gains. We also believe that the success of a particular investment is always relative to the price you paid. Like to learn more? Please contact us here>>