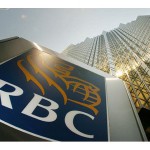 Delaware Chancery Court Judge J. Travis Laster outlined the share price discrepancies in a 95-page document, which showed how the value of Rural/Metro shares was $21.42 at the time of the sale, above the $17.25 per share paid by private equity firm Warburg Pincus – a difference of $4.17 per share.

Laster adjusted the damages figure by 17% after taking into account settlements worth $11.6 million that shareholders had reached with directors and Moelis & Co., which advised the company on its sale.

Kevin Foster, an RBC spokesman, said: “We are reviewing the decision and are considering our options. The process is ongoing so we cannot comment further.”

In March, Laster found that bankers at RBC Capital Markets were so eager to collect higher fees that they misled the ambulance-operator’s shareholders about its value to initiate a speedy sale. Laster clarified in his decision that “RBC did not engage in criminal” conduct.

The former shareholders had sought approximately $172 million from Toronto-based RBC, according to published reports. However, shareholder attorney Randall Baron said he was content with the judge’s decision.

Reuters highlighted that the ruling is the latest in a series of cases involving Wall Street bankers who have been hit with judgments or had to pay millions of dollars in settlements due to undisclosed conflicts in mergers and acquisitions.