Stockwatch – George Weston, the parent company of Loblaw was hit by costs related to the acquisition of Shoppers Drug Mart.

Stockwatch – George Weston Limited (TSE:WN, Mkt cap 12.71B, P/E 118.01, Div/yield 0.42/1.69, EPS 0.84, Shares 128.10M) has reported a drop in its third quarter earnings, prompting the food processing and distribution company to announce that it is working on a new strategic plan to improve its bakery division. 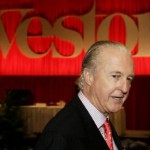 The parent company of Loblaw was hit by costs related to the grocery giant’s acquisition of Shoppers Drug Mart, but remained optimistic there are areas of growth available to it in the bakery market.

Last year, however, the company also earned $58 million from discontinued operations. Once a number of one-time items are taken out – including costs related to the acquisition of Shoppers and restructuring – adjusted earnings from continuing items increased by 24.2% to $1.59 per share from $1.28 per share a year ago.

The arrival of Shoppers Drug Mart to its roster encouraged a revenue boost to the tune of 34.7% to nearly $14 billion for the quarter compared with $10.4 billion a year ago.

Excluding the sales from Canada’s largest pharmacy chain, George Weston’s revenue rose more modestly by 2% to $10.59 billion from $10.38 billion, which is attributed primarily to its Loblaw division.

The results exceeded analysts’ estimates of $1.54 of adjusted earnings and about $14 billion of revenue for the quarter, according to Thomson Reuters.

Stockwatch – George Weston generated $734 million in cash flow in the third quarter. The company made $198 million in interest payments, and invested $342 million in capital expenditures. This left $194 million of free cash flow. Weston ended the quarter with $1.3 billion in cash and cash equivalents on its balance sheet.

We believe that investment management is about managing risk, not chasing speculative returns.