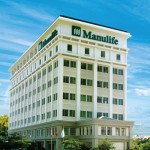 Insurance and wealth management sales in Canada and the United States suffered as a result of a drive in the Asian market, but that was offset by strong sales in countries such as Japan, Hong Kong and Indonesia in the quarter ended Sept. 30.

The Toronto-based company highlighted an insurance sales increase of 46% in Asia, which was surpassed only by wealth management sales which soared by 74% in the three-month period.

Manulife, which has been slowly backing away from life insurance in the direction of wealth management, appeared more than content with its returns for the quarter.

“Once again we delivered core earnings that were slightly better than planned, achieved outstanding investment results, and had lower-than-expected charges associated with our annual actuarial review. All of these together lead to very strong net income and capital ratio for the quarter,” said the company’s president and CEO Donald Guloien.

Stockwatch – Guloien says other potential uses for cash include internal growth opportunities, acquisitions, dividends, but says share buybacks are not high on his priority list.