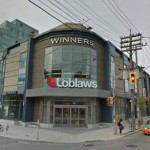 The overhaul will see executive chairman Galen Weston take more control of the family-run business, assuming the role of president of the company, effective immediately. He replaces Vicente Trius, company president since 2011, who is leaving to return to Brazil for family reasons. Weston has so far been responsible for overseeing strategy at the food retailing major and now he will also handle the everyday operations of the company and its overall business performance.

The second executive departing from Loblaw is Domenic Pilla, president of Shoppers Drug Mart, who is leaving to pursue other career opportunities. He will go by the end of the year and will be replaced by Mike Motz, who is currently executive vice president and chief merchandising officer at Loblaw.

The retailer’s announcement also included a series of other appointments, including the arrival of Richard Dufresne. He has served as chief financial officer at rival Metro and will now take the CFO position at Loblaw. The current CFO, Sarah Davis, will become chief administrative officer and the current chief administrative officer, Grant Froese, will become chief operating officer.

Management changes can be “destabilizing,” but the timing in this case is right, Weston said during a conference call following the announcement. He made it clear that the management reshuffle had nothing to do with the integration of Shoppers Drug Mart, which has been going according to plan.