Stockwatch – Encana is reportedly gearing up for the sale of its Deep Panuke natural gas project located off the coast of Nova Scotia. 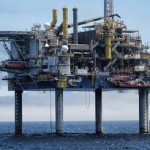 Stockwatch – Encana is reportedly gearing up for the sale of its Deep Panuke natural gas project located off the coast of Nova Scotia.

The company has apparently hired financial advisers to help with the divestment and could start a formal process within months. A sale of the asset, which is expected to fetch between $1 billion and $2 billion, could be sealed by the end of the year, according to the insiders, who spoke on condition of anonymity as the information is private.

When contacted by the news agency, Encana spokesman Jay Averill said the company only comments on deals that have been confirmed, without elaborating.

Deep Panuke, located 250 kilometres southeast of Halifax, had an output of 253 million cubic feet of gas per day in the first quarter of the year. The project contributed over 30% of Encana’s operating cash flow and accounted for 9% of its total gas production in the quarter.

The January-March period was Deep Panuke’s first full quarter of operation after three years of delays. The project is managed by SBM Offshore NV on behalf of Encana, which started production at the field in December 2013. The gas extracted at Deep Panuke is processed offshore and pumped through a subsea pipeline to Goldboro, Nova Scotia, where it joins the Maritimes and Northeast Pipeline supplying the northeastern United States.

Encana has been divesting assets and buying new ones as it seeks to rebalance its portfolio. Since the start of 2014 the company has announced deals with an aggregate value of $7.3 billion.