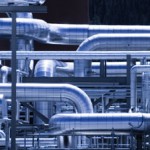 The company, which is in the midst of a business overhaul aimed at ending its dependence on low-value natural gas, reported $271 million in net income attributable to common shareholders, or $0.37 per share. The company posted a net income of $730 million a year earlier

Encana said its cash flow came in at about $656 million in the period, or $0.89 per share, bringing the year-to-date figure to $1.8 billion.

Following a good first quarter, the second quarter saw the company making great progress when it came to targets, it said in a statement. Encana exceeded the business goals it set for itself as part of the new strategy it adopted eight months ago, the company’s president and CEO Doug Suttles added.

The company’s cash flow is now expected to reach between $3.4 billion and $3.6 billion for the entire 2014, up from its previous target of $2.9 billion to $3 billion, Suttles told a conference call. Production of liquids is also expected to outstrip previous forecasts, coming in at between 86,000 to 91,000 barrels per day as opposed to the 68,000 to 73,000 barrels per day projected previously.

During the second quarter, Encana managed to make its business model simpler and keep its undivided attention on opportunities expected to bring high value. The company enjoyed stable liquids growth from the five growth areas introduced by its new strategy. Oil production marked a 49% year-over-year increase, with the company producing 34,200 barrels per day in the three-month period. Natural gas liquids production showed growth of 38% to 34,000 barrels per day.

A key moment during the second quarter was the company’s acquisition of Eagle Ford assets for a sixth growth area. This has helped push the company’s liquids production growth further and as a result, the company’s current oil production is expected to double.

Successful execution of the company’s strategy and achieving key targets will continue to be the company’s course in future months, Suttles said.