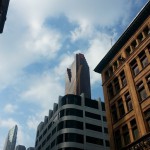 The magazine first reported on Scotiabank’s plans to cease its banking operations in Egypt in April, saying that representatives of the bank had held a meeting with officials from the Central Bank of Egypt to discuss the move.

Egypt’s domestic banking rules do not allow banking entities to sell their licence to other sector players, so the lender’s banking licence would have to be cancelled.

Scotiabank would become the fourth foreign lender to leave the Egyptian market after the onset of the unrest in the region in 2011. It would follow in the footsteps of French groups Société Générale SA and BNP Paribas, which in 2013 exited Egypt through the sale of their local units to Qatar National Bank and Emirates NBD, respectively, and the National Bank of Oman, which gave up its licence the same year.

Scotiabank’s decision to cease operations in Egypt would first require approval from the country’s central bank. It could come only after the Canadian bank has provided adequate guarantees and has cleared obligations to depositors, other debtors and staff.

Download Our Free Special Report – How to Hunt For Value Stocks