Today our Stock Watch focuses on RBC decision to respond to new US bank regulation by creating Taursa Capital Partners. 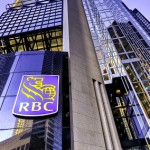 The new firm, currently subject to regulatory clearance, will start operations by the end of 2014 and will be named Taursa Capital Partners, the sources said on condition of anonymity.

The business will have Mark Standish, a former New-York based co-head of RBC Capital Markets, as its principal, together with Richard Tavoso, currently in charge of the bank’s global arbitrage and trading business, and the unit’s head trader Ed McBride.

The Toronto-based bank will invest in the new fund without building a majority stake in the business, the sources also said.

The Canadian lender has been weighing up options for its global arbitrage and trading unit since December, when the United States issued the final version of the Volcker Rule. The new regulation is intended to prevent banks from taking on too much risk and restrict their ability to trade with their own funds.

When approached by Bloomberg, RBC spokesman Kevin Foster declined to comment on the bank’s plans for the business, saying only that it was seeking to overhaul its proprietary trading unit to bring it in line with the new US regulation.

The Royal Bank of Canada is the largest financial institution in Canada, as measured by deposits, revenues, and market capitalization. The company corporate headquarters are located in Montreal, Quebec, and its operational head office in Toronto, Ontario. The bank was founded in 1864 in Halifax, Nova Scotia.

In Canada, the bank is branded as RBC Royal Bank in English and RBC Banque Royale in French and serves approximately ten million clients through its network of 1,209 branches. RBC Bank was the U.S. retail banking subsidiary with 439 branches across six states in the Southeast, which served more than a million customers. RBC also has 127 branches across seventeen countries in the Caribbean, which serve more than 1.6 million clients. RBC Capital Markets is RBC’s worldwide investment and corporate banking subsidiary. Its investment brokerage firm is known as RBC Dominion Securities. Investment banking services are also provided through RBC Bank and the focus is on middle market clients.