Cascades, Inc. (TSE:CAS, Mkt cap 636.69M, P/E 72.10, Div/yield 0.04/2.36, EPS 0.09, Shares 93.91M), a Canada-based company specializing in the recovery and manufacturing of green packaging and tissue paper products, has decided to close its Sweden-based unit, the company has announced, citing the unfavorable market environment in Europe as the main reason behind its decision.

The move concerns the Quebec-based company’s Cascades Djupafors subsidiary in Ronneby and comes after signing an agreement with unions. 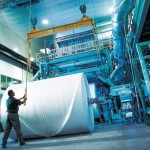 Commenting on this “difficult decision,” Cascades’ president and chief executive Mario Plourde said it was in response to the tough market conditions across Europe, which have forced the company to restructure its production activities there in order to retain its competitive edge.

Cascades first hinted at the possible closure of the facility in February, when it said it was starting consultations with unions over the plant’s fate given its “difficult financial position.” Plourde explained then that the likely decision to stop production at the factory followed the overhaul of its manufacturing platform in the region.

The coated boxboard plant, located 500 km south of the capital Stockholm on the country’s southern coast, has an annual capacity of 600,000 tons of coated boxboard a year. It will cease operations at the end of June and some customers will be redirected to Cascade’s facility in La Rochette, France. The company has already signed the requisite agreements with these customers to prevent delays in delivery, it said.

Cascades bought the Swedish plant in 1989. The factory has a 130-strong workforce.