“What protectionism teaches us, is to do ourselves in time of peace what enemies seek to do to us in time of war.” Henry George

“In the business world, the rear-view mirror is always clearer than the windshield.” Warren Buffett 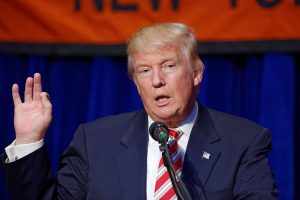 Donald Trump – Trade tensions intensified in the second quarter of 2018.

Trade tensions intensified in the second quarter of 2018. The US aggressively enacted more encompassing tariffs that were soon countered by their disgruntled trading partners. Investors reacted by retreating from the markets as fears of a trade war escalated. It is becoming increasingly evident that the US in no longer going to accept what it views as asymmetrical trade and military alliances as the status quo. This state of affairs has enormous implications for the US and its trading partners. Market participants must be prepared for a period of enhanced volatility as negotiations continue between the effected parties.

In Canada, the S&P/TSX Total Return Index advanced 6.8% in the quarter led largely by the Energy sector (up 15.8%) as investors reacted to greater tensions in the Middle East. The US market advanced 3.4% as measured by the US dollar denominated S&P 500 Total Return Index in the second quarter as share buybacks alleviated much of the negative pressure stemming from retail selling. It is of note that smaller capitalized stocks outperformed larger companies by a wide margin. The S&P SmallCap 600 gained 9% in the quarter. Chinese and other Emerging markets were mostly negative. The Canadian dollar lost another 2.1% to its US counterpart.

Until recently, markets shrugged off political and geopolitical developments. Even the potential of increasing barriers to trade failed to disrupt the positive market momentum. Market participants generally seemed to perceive that the sabre rattling emanating from the US was a negotiating ploy that would soon give way to “common sense” as new trade agreements would fall into place, maintaining the status quo with few modifications.

The current world trading system evolved in the post war period. The US took on a leadership role as it had the largest economy in the world and it needed to foster alliances during the cold war that followed WWII. During this period the US covered most of the costs in establishing these alliances and everyone benefited from the growth in economic trade that was precipitated. The US is now taking the stance that the cold war has ended and global economies have grown to the point that other countries should bear more of the costs implicit in these alliances. Furthermore, as trade has grown some inequities have developed in terms of the flow of trade, the protection of intellectual property rights and non-tariff barriers that have frustrated “fair” trade.

As the quarter progressed, the rhetoric emanating from the US became more vitriolic. The US enacted more encompassing tariffs on goods from foreign sources. Other countries have responded in kind. The real possibility of an out and out trade war has roiled global markets as investors begin to perceive the damage these tariffs may cause to corporate earnings.

The global synchronized recovery also appears to be stumbling as the momentum in the Chinese and European economies exhibit signs of slowing down. Tariffs and counter-tariffs are going to put the brakes on even harder, leading to higher interest rates as investors demand greater compensation for greater risk.

In the midst of all this trade chaos, the Federal Reserve continues to pursue a policy of tightening the money supply through rising interest rates. This policy is progressing even in the face of rising deficits in the US as the recent tax cuts take effect and government spending increases. Presumably, the US is going to want to finance these deficits. Attracting capital from their major trading partners that they have just enraged may prove difficult.

Despite these factors, the US market managed to post positive returns in the quarter on the back of strong employment numbers and economic growth. However, it is interesting to note that mutual funds in the US experienced US$52.9 billion in net outflows in the quarter; US$23.7 billion in June alone. Perhaps the US$433.6 billion in share buybacks more than compensated for the exodus. US firms are sitting on over US$2 trillion in cash. At this juncture, buybacks, mergers and acquisition activity and dividends appear to be taking precedence over capital expenditures.

Canadian investors have been focused on the NAFTA negotiations during this period of escalating tariffs. The US has made it clear that the world is changing and access to their market cannot be taken for granted. The best outcome would be a world of more open trading with fewer barriers but that may be hard to achieve with Canada where inter-provincial barriers are so ingrained.

Investors must concentrate on fundamentals during this period where volatility and uncertainty will continue to vex markets.

You can view and download your own copy of our complete 2nd Quarter Retrospective and Prospective here: