The media and President Trump continue their war of words on fake news and counter accusations of bias and polarized opinion. While Mr. Trump’s base support remains firm despite the deluge of negative press, investors are focussing more on economic fundamentals. In that regard, it is becoming more apparent that the administration’s ability to deliver on campaign promises, particularly those favourable to the investment climate, will be held up by the growing political rancour in Washington as has been evident in the debate over health care.

Global stock markets were mixed in the second quarter of 2017. The US market recorded another positive quarter, albeit half as robust as the prior quarter. European markets managed to eke out a modestly positive quarter in spite of a large decline in June following the inconclusive UK election.

Asian markets were very strong due to trade in information technology and a positive election result in South Korea. Resource heavy markets such as those of Latin America, Australia and Canada were not as fortunate and generally posted negative returns in the quarter. The Toronto Stock Exchange recorded a decline of 1.6% as Energy (-8.3%), Materials (-6.4%) and Financials (-0.9%) weighed on the market.

In the first six months of 2017 the Canadian stock market has underperformed many of its global counterparts. This underperformance was more notable in the most recent quarter due to a number of factors. Oversupply in the energy sector continued to have a negative effect on pricing. In the period between February and June, West Texas Intermediate (WTI) declined in price from $54.50/bbl to $42.50/bbl. Production cuts by OPEC could not offset the expanding US shale production. In the first six months, the Toronto Stock Exchange Energy Sector has declined 13.3%; 8.3% in the second quarter. The Materials sector has been the second weakest performer in the Canadian market declining 6.4% in the second quarter, offsetting the positive first quarter, bringing the year to date to a negative 0.7%. Financials also posted a negative second quarter of 0.9% despite advancing 2.5% in June resulting in a 2.6% gain for the first six months. The Financial sector was impacted by fear mongering and concerns raised over the state of the domestic housing market, rising tensions regarding trade relations with the US, yield declines potentially impacting the Financial sectors profitability and the unfortunate handling of the disclosure timing at Home Capital Group, a major financial institution, that nearly caused its demise. 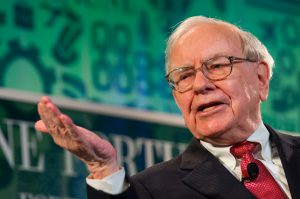 ​Sentiment with regard to economic conditions in Canada showed signs of improvement in June. The Financial sector received a boost as the Home Capital situation was resolved and a great deal of uncertainty within the sector was reassured by the participation of Warren Buffett in the solution. Crude oil inventories started to reduce concerns in the Energy sector.

The Central Banks in Canada, Europe and the US have been recently taking a more hawkish tone insofar as hinting that economic conditions have improved to the point where interest rates may be raised in the near future. The anticipation of rising interest rates caused a sell-off in the bond markets, particularly in Canada as this is a major shift in the positions expressed by the Bank of Canada.

It remains to be seen how the economies may react to rising rates. Recessions are more often than not pre-dated by interest rate increases. Since the financial crisis 10 years ago, we have been in a slow, tepid recovery that has gone on longer than most.

The advances in the stock market this year in Asia, Europe and most significantly in the US have been driven by the Information Technology sector. In the US primarily the so-called FANG stocks have driven this sector: (Facebook, Amazon, Netflix and Google). It is apparent that technology in many guises is causing rapid disruption in many industries. UBER and LYFT are changing our relationship with taxis and the automobile, as is the concept of autonomous vehicles, Air BnB is affecting the hotel industry, etc.

As value investors, we are very cautious of concepts with little in the way reasonable valuations on profitability and growth. These companies may well go on to forge the next paradigm, but we still remember the days of the Nifty Fifty when stocks such a Polaroid, Kodak, Xerox, Sears, International Flavor and Fragrances, etc. were considered “must own” stocks of the 1960’s and 1970’s. Early in the last century there were hundreds of automobile manufacturers, but few made it. In the late 1990’s Technology stocks sold at ridiculous valuations.

We shall continue to be cautious and concentrate on what we do best: examine companies fundamentals in relation to what we are paying to buy the stock.

We believe that investment management is about managing risk, not chasing speculative returns. Like to learn more? Please contact us here>> The opinions expressed here are ours alone. They are provided for information purposes only and are not tailored to the needs of any particular individual or company, are not an endorsement, recommendation, or sponsorship of any entity or security, and do not constitute investment advice. We strongly recommend that you seek advice from a qualified investment advisor before making any investment decision.