The Ontario-based garbage company is already believed to have reached out to potential buyers, according to unnamed sources familiar with the matter. 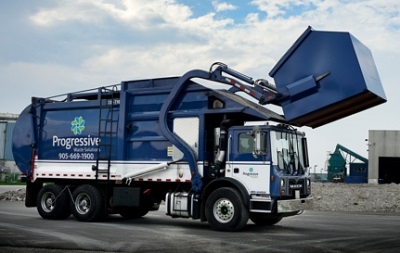 Progressive Waste, which serves more than four million customers in Canada and the U.S., may eventually decide against pursuing a sale, the informed people stressed. In fact, advisers may find it heavy going to find a buyer among garbage companies because they are typically reluctant to make such a large acquisition, one of the individuals told Bloomberg.

On Tuesday, the company confirmed that it had started a review of strategic alternatives and that JPMorgan Chase & Co. will remain its financial adviser.

Bloomberg notes that Progressive Waste has declined about 22% in the last 12 months in New York trading, while on the Canadian exchange it has dipped by around 8%.

Meanwhile, in October, the company lowered its 2015 earnings forecast to somewhere in the region of $480 million to $485 million from $500 million to $515 million. This was attributed to higher-than-expected labor, repair and maintenance costs in its West region.

There was a surge in global mergers and acquisitions in 2015, totalling a record $3.8 trillion, with the environmental control industry – which includes waste management and recycling firms – shown to have played a part in the record figure.

The industry accounted for $21 billion of the record amount last year, which represents a 40% increase on 2014 – just shy of the peak in 2006, according to Bloomberg’s figures.