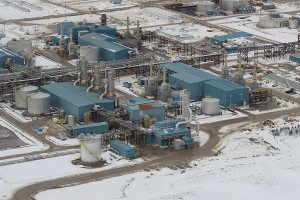 Canada’s National Energy Board (NEB) has lowered its long-term forecast for oil prices and Canadian oil production, as a result of lower global industry costs and reduced demand

Canada’s National Energy Board (NEB) has lowered its long-term forecast for oil prices and Canadian production, as a result of lower global industry costs and reduced demand thanks to technology improvements and stricter regulations.

The regulator said on Wednesday that it expects inflation-adjusted oil prices to rise to around US$68 a barrel by 2020 and US$90 by 2040. That’s $12 and $17 a barrel lower, respectively, than in its January report, the Canadian Press reported.

Canadian producers have relatively high costs, so the lower prices are anticipated to mean lower production in the longer term.

“A lot of it is the ability of oil production to be sustained at lower prices,” explained Shelley Milutinovic, chief economist at the NEB. “There’s an expectation that somewhere between 40 and 60 dollars a barrel, you can get a lot of oil production around the world.”

So which types of production are likely to be affected, and when?

According to the Canadian Press, the lower oil prices would have a limited effect on oilsands production in the near term as projects are already under construction, but recently cancelled and deferred projects will start to hit production numbers by 2019.

Increasing prices in the longer term would bring a return to steam-extraction oilsands growth, the news agency said. Mining-based oilsands production is likely to remain flat from 2020 as the high cost of these projects makes them less economic.

The National Energy Board is an independent economic regulatory agency created in 1959 by the Government of Canada to oversee “international and inter-provincial aspects of the oil, gas and electric utility industries”. Its head office is located in Calgary, Alberta.

The NEB mainly regulates the construction and operation of oil and natural gas pipelines crossing provincial or international borders. The Board approves pipeline traffic, tolls and tariffs under the authority of the National Energy Board Act. Read more here>>