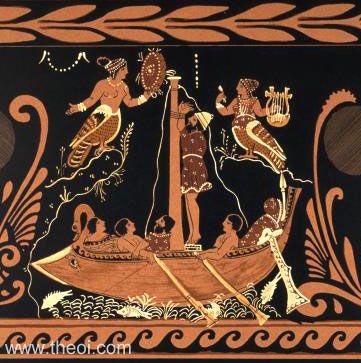 Odysseus & the Sirens – In 2013, we witnessed an accelerating shift to greater equity exposure. Are investors being seduced by the Sirens call?

“Square in your ship’s path are Sirens, crying beauty to bewitch men coasting by; woe to the innocent who hear that sound.” – Homer, The Odyssey

2013 was a stellar year for equity returns!

Are the good times here to stay or are we hearing the Sirens’ call?  Since 2008, investors have been on an odyssey.  Gradually, stock markets have managed to recover from the disastrous carnage precipitated by the financial crisis of 2007 and 2008.  It has been an uneven path back to current market levels as there have been many occasions when it appeared that the fragile recovery would be stymied by bickering politicians, slowing emerging economies, deflationary pressures, regulatory zeal, civil unrest in the Middle East, over spent consumers, etc.

While many of these concerns continue to exist, investors have suppressed their fears and renewed their faith in equities.  North American debt markets produced the first negative return in close to fifteen years, further enhancing the appeal of positive equity performance.  In contrast, note that sovereign Greek debt was one of the best performing global asset classes up by some 48%.  Sovereign debt in Ireland, Italy and Spain also recorded positive returns for the year yet these four countries were at the epicentre of the financial crisis.

The question going forward is whether this renewed enthusiasm for equities, particularly in the US, is justified by the underlying economic fundamentals, or have valuations been inflated on hope and speculation?

The S&P 500 Index measured a total return for the year of 32.4% of which dividends accounted for 2.8%.  Together, earnings and dividends accounted for about 9.5% of the increase in the Total Return Index, implying that about 23% of the increase is a result of multiple expansion. (The Price to Earnings Ratio, P/E, is a measure of how much investors will pay for $1.00 of earnings).  If you assume that market multiples were quite depressed at the beginning of the year and that the prospects for the US economy have improved substantially, then such a multiple expansion may well be justified.  Over the year, evidence of improving employment prospects, greater consumer spending capacity, more stable housing markets, greater manufacturing and services output, and, indications of better political cross-party cooperation would all tend to support multiple expansion. To the extent that intransient budget deficits remain, deflationary concerns persist, political harmony may prove illusive and global trade uncertainties could derail the recovery, less of a case can be made for this multiple expansion.  Over the year, The S&P 500 earnings multiple has expanded from 13X to around 16X.  While 13X is on the low side of historical norms, 16X is close to the norm and possibly slightly high.  Utilizing longer term multiples based on moving averages, the current level of the S&P 500 leaves little room for positive surprises.

In Canada, dividends accounted for 3.4% of the total return.  Earnings growth in Canada was modestly negative due to the drag from the Materials and Energy sectors.  While this was largely offset by the yield, roughly 11.8% of the 13.0% increase in the Index was due to the multiple expansion from 13X to just under 15X at present.  The more robust growth in the US could well have accounted for the 6.5% decline in the value of the Canadian dollar relative to its US counterpart.  Historically, the valuation level in the Canadian market is not indicative of being either cheap or expensive.  An argument could be made that continued growth in the US economy, greater economic stability in Europe and steady growth in the developing economies will result in greater demand for resources that could result in a closing of the valuation gap.

2013 was a year in which multiples expanded globally in anticipation of growing economic recovery.  This is not surprising given the shocks of 2007 and 2008.  We are witnessing the realignment of expectations as economies recover from a critical to a more stable state.  Setbacks are likely, as such recoveries are complex and subject to surprises.

All of this speculation could be disrupted by an unforeseen geo-political calamity.  As always, we will continue to focus on the fundamentals and valuations of companies through the analysis of their respective valuations and operations.  Certainly, macroeconomic calamities will have their effect, but in the longer term, solid financially sound firms will ultimately prosper and their share price will reflect their strengths.

As markets have improved, we have witnessed an accelerating shift to greater equity exposure. The question is; is this shift based on fact or are investors being seduced by the Sirens call?

You can view and download our complete fourth quarter commentary here: