As in the third quarter, when the Federal Reserve (Fed) declined to reduce its securities purchases, a process referred to as the “taper”, fixed income markets continued their slow grind towards higher rates during the rest of the year.

The decision by the Fed to pass on the taper sent confusing signals to the market. Given the level of market expectations, and the apparent improvements in economic statistics, this lack of action brought into focus the question; is the economy too weak to accommodate the taper?

The lack of action can partially be explained by the modest employment growth and continuing low inflation measures that could be indicative of deflationary forces. Both of these factors suggest that a substantive reduction in stimulus might still be premature.

Late in the fourth quarter, the Fed finally decided to act despite the forgoing uncertainty.  As it was largely viewed as a symbolic move to announce future reductions in the debt repurchase program, investors did react positively. 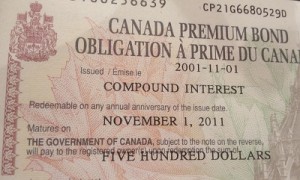 In Canada there were whispers, echoed by the Organization for Economic Development (OECD), about the likelihood of increases in interest rates. Overall this threat of rising rates did not come as too much of a surprise to market participants as interest rates had already been observed to be slowly increasing.  Higher rates resulted in an overall decline in the broad bond index over the course of the year.

The Bank of Canada was concerned with the conflicting pressures of below target inflation rates combined with high consumer debt levels that were spurred by low interest rates. Faced with this conundrum it is likely that the Bank of Canada will, for the time being, remain cautiously on the sidelines by not changing the trend setting overnight lending rate. They would prefer to allow the market to bid up interest rates in the same slow, gradual manner as it has done so far.

Unless the unlikely event of a catastrophic downturn in equity markets and/or the world economies slide back into recession, the likely scenario for the bond market on both sides of the border will remain one of rising interest rates, albeit at a modest pace. In light of this, we continue to remain defensive, investing in short-term, high quality, liquid securities.

The total return performance of the bond market as measured by the DEX Universe Index for the fourth quarter was a marginal increase of 0.4%. The benchmark ten-year Government of Canada bond yield increased by 0.3%, to 2.8%. Overall for the year the DEX index declined by 1.2% with the yield of the ten-year Government of Canada bond rates increasing from 1.9% to 2.8% in 2013.

You can read our equity market commentary here>>