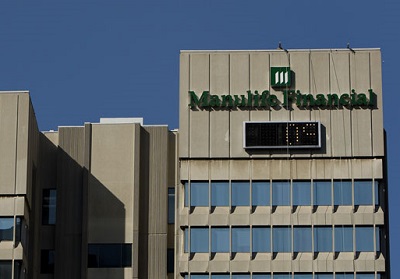 As the Financial Post reports, Canada’s largest insurer announced that net income for the second three months of the year came in at $600 million, or 29 cents a share. Profit excluding some items was 44 cents a share, as the 13 analysts surveyed by Bloomberg had predicted.

In a statement, the firm’s chief executive officer Donald Guloien highlighted its progress in wealth management and life insurance but acknowledged that changes in interest rates caused net income to dip to lower than anticipated.

An obvious explanation for the decline comes in the shape of a $362 million hit the firm had to absorb when its accounting assumptions were negatively impacted by a steepening yield curve, primarily in the U.S.

Chief financial officer Steve Roder added that the firm has not been helped by the fact that the value of instruments in Manulife’s interest-rate swap program is dependent on interest rates.

As the FP explains, higher interest rates typically benefit insurers as time goes on, since they drive up bond returns and the assets used against policy guarantees, whereas lower rates see those returns contract.

When the impact of interest rates is taken out, core earnings increased to $902 million, according to financial documents.

“Our strong core earnings demonstrate our continued execution on the key drivers of earnings growth: increasing scale in our wealth and asset management businesses, generating strong insurance growth in Asia, and delivering on our Efficiency & Effectiveness initiative,” Roder said.

Manulife Financial Corporation is a Canadian life insurance company. It is the holding company of The Manufacturers Life Insurance Company (MLI) and John Hancock Reassurance Company Ltd. (JHRECO). Manulife is a financial services company with principal operations in Asia, Canada and the United States.

The Company provides financial protection and wealth management products and services to personal and business clients. It also offers asset management services to institutional customers. The Company operates as Manulife in Canada and Asia and primarily as John Hancock in the United States.