Statistics Canada’s latest quarterly report on health of the country’s economy showed its strongest pace of growth in two years in the July-September period, expanding by 2.7% year-on-year. The increase was far above the 1.6% rate recorded in the previous quarter and was very close to the US economic improvement rate of 2.8% in the period under review. 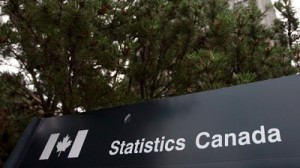 Statistics Canada – economy showed its strongest pace of growth in two years in the July-September period, expanding by 2.7% year-on-year.

Most of the country’s leading industry sectors contributed to the increase in Canada’s economic output, with the goods-producing sector seeing a 0.9% uptick and the services sector witnessing a 0.6% improvement. The statistics agency also recorded a notable rise in manufacturing, retail and wholesale trade, as well as in finance and insurance. Mining and oil and gas extraction exhibited some signs of improvement, recovering from a 2.3% drop in April-June and finishing the quarter with a 2.2% increase.  The recovery in materials and energy is likely to continue to exhibit volatility as the other global economies are also exhibiting tepid growth prospects.

Consumers were still the main driver behind the economic growth, although spending levels were lower than three months earlier. Given the growing concern over the ballooning levels of consumer debt, the sustainability of spending behaviour is questionable. Business spending also recovered and inventory build-up contributed to the improvement, too.

The market remained broadly lukewarm to the data, likely due to the fact that the quarterly figures were impacted by a number of one-time and unsustainable factors. The improvement was partially a result of the natural return of activity from the Alberta flooding and the construction strike in Quebec in June.  When market players understood more about the factors behind the increase it became clear that the improvement was not as solid as the figures might suggest.

Given the continuing doubts as to the durability of this rate of growth, the Bank of Canada continues to postpone rate increases at this juncture. Analysts expect the central bank to retain its policy rate at 1% in its upcoming announcement and keep it unchanged well into 2015.