“The more unpredictable the world becomes, the more we rely on predictions.”- Steve Rivkin

Central bank intervention over the past few years has served to support the fixed income market through low interest rates.  This period appears to be drawing to a close with the Federal Reserve suggesting that it will begin tapering the stimulative Quantitative Easing program. 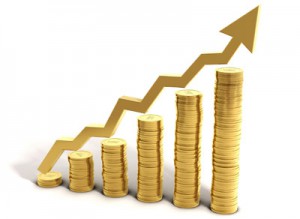 While this should not have come as a shock to investors, the more definitive certainty of a nearer term end to this favourable environment had an immediate effect on the market.

This concern, along with the continuing debt crisis in Europe, political upheaval in the Middle East and a sudden interest rate surge in China caused a re-pricing of risk leading to a drop in the prices of fixed income instruments.

In the past few years, the extremely low interest rates on government securities have pushed investors to lower tier credits as they stretched for yield.  As demand for these lower credits increased, their yields in turn declined further.  Therefore, a re-pricing of credit risk has the potential to cause severe damage in the fixed income market as yields rise and prices get pushed down.

In China, a liquidity crisis ensued as authorities allowed rates to spike in order to tame rampant credit growth.  This action was largely undertaken to discipline the perceived runaway speculation in the real estate market and the commensurate rise of a shadow banking system (off book financial transactions).  This move has exacerbated the already trend to slower growth that was apparent.

We have had our bond exposure defensively positioned in short-term, high quality securities in order to avoid the carnage that this sell-off has the potential to create.  Cash equivalent money market securities actually managed to post a positive return in the quarter.

The revaluation of interest and credit risk is not going to be an overnight phenomena. It is a process that will run its course over an extended period during which we can expect an ongoing period of volatility in fixed income markets, where caution will pay off. We expect that during this period we will continue to remain defensively positioned in short-term high quality securities. As rates stabilize at higher levels, longer-term instruments will become more appropriate.

The total return performance of the bond market as measured by the DEX Universe Index for the second quarter was a significant loss of 2.4% in line with the increase in interest rates. The ten-year Government of Canada bond yield increased by 0.6%, to 2.4%.