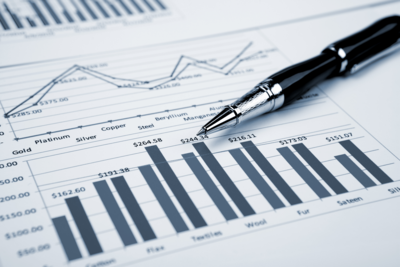 Michael Sprung’s Quarterly Market Commentary looks at the past quarter and forecast trends for Canadian and global economic data.

“The pessimist complains about the wind; the optimist expects it to change; and the realist adjusts the sails.” — William Ward

The feverish optimism of the third quarter carried through the final quarter of 2010.

The Toronto Stock Exchange reported a total return for the fouth quarter of 9.45% of which 4.1% was contributed by the move in December. The US markets as measured by the S&P 500 Index posted a total return of 10.8% of which 6.7% occurred in December. Due to the 3.5% appreciation of the Canadian dollar over the quarter, the return as expressed in Canadian dollars was 7.0%. Global markets outside of the Americas were just as robust. The EAFE (Europe, Asia and Far East) index appreciated 6.7% in US dollar terms and 3.1% when expressed in Canadian dollars.

The final quarter’s robust finish resulted in the annual statistics appearing quite impressive given the environment at the beginning of the year. The Toronto Stock Exchange’s Total Return Index reported a 17.6% gain for the year of which 3.2% was contributed by dividends. The US market’s S&P 500 Index recorded a total return of 15.1% in US dollars or 9.4% when expressed in Canadian dollars. The EAFE (Europe, Asia and Far East) Index exhibited a total return of 8.2% (US dollars) or 2.8% (Canadian dollars). The weaker performance of the EAFE Index reflects the concerns stemming from the fiscal crisis in the euro zone.

The bond markets did not entirely share the equity market’s enthusiasm. For the quarter, the 91 day T- bill index recorded a return of 0.2% while the overall bond market as measured by the DEX Index was -0.7% due to yields increasing in the period. However, the year’s results were supported by the decline in yields over the twelve months. For the year, the 91 day T-bill return was 0.5% while the DEX recorded an impressive 6.7% return.

Once again, investors have chosen to pounce on any news that indicated conditions are improving… not that we disagree that improvements are evident. It is the magnitude and pace of improvement in the underlying economy that would do little to support the magnitude and degree to which the stock markets have reacted.

What were some of the dynamics influencing investor behaviour over the quarter?

Estimates of the writedowns for the global banking system were reduced to $US2.2 trillion from $US2.3 trillion; yet this minor change coinsided with a rally in the equity markets. In the US, the trade deficit shrunk modestly and exports recovered to levels not seen in two years. Globally, the activity in mergers and acquisitions picked up as evidenced by some notable successes (Pfizer/King Pharmaceutical) and some notable failures (BHP/Potash). Capital markets exhibited more robust activity with the initial public offering of GM and the sale of Citigroup’s stock by the US Treasury. Commodities continued to soar with new highs being achieved in gold, silver, maize, copper and many others. Upward revisions were broadcast for growth in the US and UK economies. Investors were relieved as the euro nations bailed out Greece and Ireland.

Not all of the news was positive. In the US, unemployment remains stubbornly high as productivity is feeding economic expansion more so than jobs growth. Home sales and prices continue to decline in the US. The continuance of large stimulus programs in the US is adding to fears of inflation as the national debt grows at a time where many US states and municipalities are facing budgetary problems. While results from the banking sector remain relatively strong in Canada and China, results in the US are mixed as the effects of the financial crisis linger and the European banks continue to report poor earnings and prospects. Fears still remain as to the need for bailouts in Spain, Portugal and Italy. The markets were shaken as interest rates were increased in China ostensibly to circumvent inflation as opposed to acquiesing to demands by the US, G20 and IMF to raise the value of the yuan.

On balance, the world economies are demonstrating signs of improvement but the recovery remains fragile and the valuations on the equity markets may well be ahead of current fundamentals. In this evironment, we think that investors can still take advantage of the price volatility that will be a reflection of the uncertainty regarding the sustainabilty of the recovery.

Investors should watch for evidence of:
• continuing improvement in corporate profits
• slower economic growth in Canada, but improving conditions in the US
• more stability in the US/Canadian dollar exchange rate, and,
• more modest commodity inflation, particularly in precious metals.

In his book The Rational Optimist: How Prosperity Evolves (Harpercollins Publishers, May 2010), Matt Ridley argues that inevitably innovation intravenes to solve disasters faced by the human race. Although he is taking a broad historical perspective, investors would be wise to consider his proposition in uncertain periods.

While setbacks will inevitably occur and the equity markets may exhibit some corrections, we continue to diligently look to uncover opportunities that will upgrade our portfolio positioning in this prolonged recovery while limiting our exposure should economic conditions deteriorate. We leave 2010 in a much better economy than we entered.

“We pay the debts of the last generation by issuing bonds payable by the next generation.” — Laurence J. Peter

The fourth quarter was characterized by the cautious reappearance of bond vigilantes; investors who consider government monetary or fiscal decisions to be potentially negative for bond markets and consequently sell bonds, thereby pushing interest rates higher. A number of factors gave rise to these concerns.

First of all, the Federal Reserve, in the face of continued high unemployment, lacklustre growth and continued low inflation, embarked on what was dubbed Quantitative Easing 2 – essentially purchasing longer term government bonds and thereby maintaining downward pressure on interest rates. Normally this can be expected to stimulate the economy and avoid a deflationary spiral. Market participants were becoming concerned that in addition to the unbridled deficits, this extra stimulus will potentially result in a buildup of inflationary pressures such that the Federal Reserve would have difficulty controlling once it gathered momentum.

This concern about increasing inflationary pressures is not totally misplaced given generally rising raw material prices, especially as evidenced by oil, with daily reminders at the gas pump. A broad-based measure of raw material prices is the CRB Index which has been on a nearly unbroken upward track over the second half of the year. Given that worldwide economic activity is still somewhat subdued, it isn’t too much of a reach to extrapolate that a more substantial recovery may well be accompanied by rapidly increasing inflationary pressures as these higher raw material costs are passed through to consumers. An additional concern is the world wide increase in food prices, especially maize.

In the US, an extension of the Bush era tax cuts had been negotiated for an additional two years. While it is hard to argue with the benefits of maintaining tax cuts in a recession, especially at a time of high unemployment, the longer term impact of high deficits cannot be ignored. As it stands, the current trillion dollar plus deficit level will likely continue for the next two years which will take us into the next presidential election. Consequently, it is unlikely that we are going to see any meaningful attempt at dealing with deficits until at least 2013.

Beyond US deficits there is also the question surrounding the euro zone. As it stands, Greece and Ireland appear to have been stabilized, at least for the moment. Nevertheless, concerns continue about Portugal and perhaps more ominously, Spain. Spain is potentially a much larger bailout candidate and consequently would stress the existing bailout mechanism to a much larger degree.