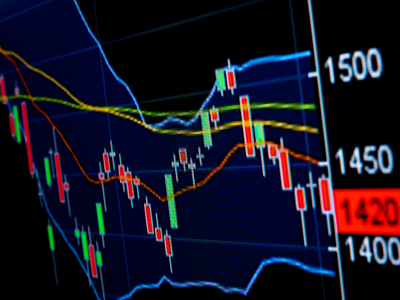 Volatility Returns – despite a strong start in January, global stock markets became unnerved in the latter part of the first quarter of 2018

“The investor’s chief problem-and even his worst enemy-is likely to be himself.” Benjamin Graham

“The key to making money in stocks is not to get scared out of them.”- Peter Lynch

Despite a strong start in January, global stock markets became unnerved in the latter part of the first quarter of 2018. Rising trade tensions contributed to the unease investors exhibited as the US took a stronger stance on bilateral trade negotiations through the enactment of targeted tariffs.  In addition, inflation and rising interest rates caused concern amongst investors.  The dominant technology stocks that had been largely contributing to the markets’ advance came under pressure as political scrutiny prompted calls for greater regulation in the industry.

In Canada, the S&P/TSX Total Return Index declined 4.5% in the quarter. The US market declined 0.8% as measured by the S&P 500 Total Return Index in US dollars in the first quarter. In the Canadian market, all of the major sectors recorded negative performance with the exceptions of Information Technology (+10.2%) and Real Estate (+0.5%). Rising interest rates in the US and worries over trade issues were reflected in the 2.7% decline in the Canadian dollar relative to its US counterpart. As a result of the fall in the Canadian dollar, the S&P 500 recorded a 1.7% gain in Canadian dollar terms. For the quarter, the global markets posted mixed results when expressed in Canadian dollars.

The first few weeks of January were a continuation of the optimism of the prior period. The North American markets continued their ascent as investors anticipated higher profits that would result from the announced US tax reductions during a period of perceived synchronized global economic growth. However, the last two months of the quarter have exhibited declining market tendencies as a number of issues have caused some consternation in the optimistic thesis coming into the year.

It was well anticipated coming into 2018 that the Federal Reserve (Fed) in the US was intent on proceeding with tightening monetary conditions by gradually raising interest rates. Economic indications of a strengthening economy would be further enhanced by the tax cuts announced in December as companies would benefit from greater profitability leading to increased dividends, share repurchases, hiring and capital investment. What were not anticipated were the subsequent large increases in spending bills that were put forward creating conditions for even larger budgetary deficits in years to come. This will put the Fed in a position where they will have to sell even more bonds. The questions are “at what price?’ and “will rates rise to the point that a recession ensues?”. In ten of the last thirteen periods of tightening, a recession has followed.

During the quarter, the yield on two-year Treasury bonds crept to 2.08% above the dividend 1.85% yield of the S&P 500 for the first time since 2008. Investors must now consider the greater risk of capital loss with lower income on equities.

Post year-end, trade concerns have also increased as the US commenced strategic targeting of tariffs against countries perceived to have unfair trade practices. This has resulted in some retaliation. Synchronized global growth may be less so going forward.

Further compounding the concerns of investors, the giant technology stocks that propelled much of the markets’ advance the last few years began to falter.  Four of the five so-called FAANG stocks (Facebook, Apple, Amazon, Netflix and Google) had setbacks. The newest Apple iPhone X has not sold as well as anticipated. In addition, Apple has been giving up market share as more schools move to less expensive Google Chromebooks. Amazon’s growing dominance in the retail sector is now facing pushback from other large retailers at a time when the President of the United States disparages Amazon’s relationship with postal services. Facebook’s use and sale of personal data is under scrutiny as is Google’s use of data and dominance in advertising sales. Regulatory incursion into the technology arena could result is deteriorating profit margins.

Cryptocurrencies have also seen a lessening in the mania that propelled Bitcoin to over $19,000 in December and now trades under $7,000. While the fundamental technology of Blockchain from which these cryptocurrencies are created appears solid, the acceptance of these products is very questionable.

Whether or not the above factors are indicative of a protracted market downturn remains to be seen. Certainly we have been of the opinion that valuations have been stretched following ten years of market advances. Over longer periods market pullbacks of greater than 5% are not unusual, often occurring several times a year. What is unusual is that we have had over 15 months of pullbacks less than 2%. Year to date, over 38% of the trading days exhibited moves of over 1% on the S&P 500 compared with only 3.2% of the trading days in all of 2017.  Volatility has definitely increased.

In this environment, value rather than momentum will become more important in stock selection. We will continue to seek well financed, well managed companies that are selling at attractive price levels.

You can view and download the complete report here:

“When you combine ignorance and leverage, you get some pretty interesting results.”

The gradualist moves by the Federal Reserve (Fed) continued as the benchmark Fed funds rate increased in March by 0.25% to 1.75%. Expectations are for further rate hikes this year. However, a number of factors on the economic and political fronts will likely have a direct and indirect impact on the Fed’s policy, perhaps mitigating current plans on the direction and magnitude of rate changes.

The US’s trade protectionist stance may well result in not only reciprocal trade sanctions from China, but they may also result in decreased purchases of US Treasury securities. China is the largest holder of Treasury securities at US $1.2 trillion. In the context of approximately US $21 trillion in outstanding public debt in the US, this does not appear to be an insurmountable problem. Nevertheless, at a time when government spending is continuing to increase and interest rates are rising, it imparts leverage to China in negotiations with the US.

Later this year, the November mid-term elections in the US are creating more uncertainty. In the chaotic environment in Washington currently, forecasts at this stage are largely meaningless. However the elections raise concerns that the White House and Congress may get into a showdown with differing views on economic and military policies.

The Bank of Canada (BOC) raised its policy rate in January by a 0.25% to 1.25%. At their second meeting during the quarter in March, rates were not changed. While the inflation rate and employment numbers would tend to argue for continued increases, uncertainty around NAFTA and the direction of policies in Washington make for an unusually uncertain environment to be making decisions on interest rates.

The discrepancy in the levels of interest rates between the US and Canada, combined with the uncertainty regarding trade issues, has been reflected in the decline in the value of the Canadian dollar. It will remain to be seen how the NAFTA negotiation will play out and how the lower dollar’s impact on both exports and imports will percolate through the economy. One can only sympathize with the Governor of the BOC given the decisions he will be faced with going forward in this environment.

The total return performance of the bond market as measured by the FTSE TMX Canada Universe Bond Index for the first quarter was essentially flat (+0.1%). 91-day Treasury bills returned 0.3% over the same period. The benchmark ten-year Government of Canada bond yield increased by 0.04% over the course of the first three months of the year to end with a 2.08% yield. Over the course of the same period the Canadian dollar depreciated further by 2.1 cents from 79.7 cents US to 77.6 cents US.