Financial Market – Can You Bruise the Gin? 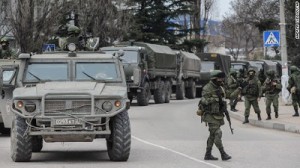 Financial market euphoria has been rudely interrupted by geopolitical events as Russia took over the Crimea.

The euphoria of the past year carried into the first quarter of 2014 only to be rudely interrupted by geopolitical events as Russia took over the Crimea.  The hue and outcry was heard around the world and global markets were shaken by this event.

In addition, financial market participants reacted negatively to the news that China’s economic growth rate was unlikely to achieve the previously expected 7.5% target.  European markets were the most effected by the events in the Crimea as Europe has much closer economic ties with Russia particularly since much of Europe is dependent on Russian oil and gas.  Naturally, the Asian markets reacted negatively to the news from China, but the fallout also affected resource rich economies like Canada and Australia.  The US markets were the most negatively impacted by a statement made by Janet Yellen, the new Chair of the Federal Reserve Board, that interest rates would likely start their ascent by early 2015.

Despite these jolts, returns to Canadian investors finished the quarter looking quite robust. Foreign returns in particular improved, largely due to the decline in the value of the Canadian dollar.

The Toronto Stock Exchange Total Return Index finished the quarter up 6.1% almost 5% of which was recorded in the first two months and a substantial portion of the remainder on the last trading day of the quarter.  The strength in the Canadian market can be attributed to Materials (+9.2%; driven in large part by the precious metals sector), Energy (+8.7%) in reaction to the Crimean situation, Utilities(+7.5%) and Health Care (+12.6%; note that Health Care is a much smaller component of the index).

The S&P 500 Index managed to finish the quarter with a 1.8% total return.  It was a bumpy ride in the US as the quarter started with the index declining 3.5% in January, recovering 4.6% in February and adding another 0.8% in March.  March was the most tumultuous period as investors had to contend with several issues: the inevitability of interest rates rising in the future, the redrawing of the European map in spite of protestations and denunciations form political corners, as well as, come to terms with the prospect of slightly lower growth in China and hence lower demand for American goods and services.  Note that the Dow Jones Industrial Average posted a negative 0.7% return in the quarter.

The Russian action in the Crimea caused many European markets to decline in March.  However, with the exception of the UK, most of the European markets posted positive returns in US dollars for the Quarter.  Several markets were surprisingly robust as several of the most problematic nations during the financial crisis continued to make progress: Greece and Portugal both up 15.1%, Italy up 13.6% and Ireland up 10.3%.  The emerging markets were more affected by the slower Chinese growth prospects and they declined 0.5% in the quarter.

So, what are we to make of these statistics as they pertain to investment strategy going forward?

Disruption and calamities are a necessary part of market adjustment in the continuum of price discovery. 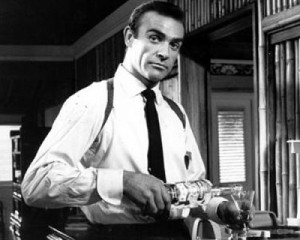 While many connoisseurs argue the merits of the perfect martini and the merits of shaken versus stirred, I believe that the evidence comes down in favour of shaken.  While the gin may be partially oxidized in this process and hence come out looking somewhat cloudy (bruised?), studies have shown that many benefits accrue as well.  At the University of Western Ontario, a study showed that the level of hydrogen peroxide in a shaken martini was half that of a stirred martini.  Hence, a shaken martini has more antioxidants than a stirred one thus lessening the risk of cataracts, cardiovascular disease and stroke.

In periods of market euphoria, it may be prudent to take the advice of Mae West and “slip out of the rain and into a dry martini”.  Markets may well benefit from being shaken on occasion lest we suffer more strokes like that of 2008.  We will stay the course and seek securities that achieve desirable price levels in these periods of disruption.

Continue to our fixed-income commentary here>>