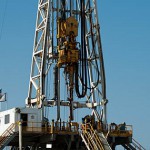 Stockwatch – Encana pressing ahead with shift to oil with Athlon purchase.

Reports suggest that the cash deal – which is expected to close before the end of 2014 – is the largest of the year in the Canadian energy sector. It will see Encana assume the oil-weighted producer’s US$1.15-billion debt.

The deal would give the Calgary-based company control of about 140,000 acres in the oil-rich Permian Basin, Texas, where Encana says it can increase liquids output by two thirds, to 50,000 barrels per day, within 12 months.

Encana’s announcement follows an agreement to sell its remaining 40% interest in PrairieSky, but president and CEO Doug Suttles said the timing of the two was “just fortuitous”.

The deal values Athlon shares at US$58.50 each, which is a premium of around 25% on the company’s closing share price from last week.

The purchase sees Encana add another core region to the six shale fields in Canada and the United States in which it focuses its spending. It also accelerates Encana’s transition from a gas-heavy company to a major oil producer – a move initiated by Suttles last year.

Suttles outlined in November 2013 the company’s aim to derive 75% of its operating cash flows from liquids production by 2017. The acquisition of Athlon’s assets will boost its production by 30,000 barrels of oil equivalent per day.

“We’ll hit that next year now,” Suttles said in a conference call following the announcement.

Encana’s net income grew by 63%, year over year, to $0.37 per share during the most recently completed quarter. This was among the highest growth seen by any company in the energy industry.