Enbridge Inc.’s (TSE:ENB, Mkt cap 38.20B, P/E – , Div/yield 0.53/4.88, EPS -0.06, Shares 867.61M) announcement of a better-than-expected profit for the fourth quarter was dented by the news that two of its pipeline projects face rising costs and delays of at least two years, the Financial Post reports. 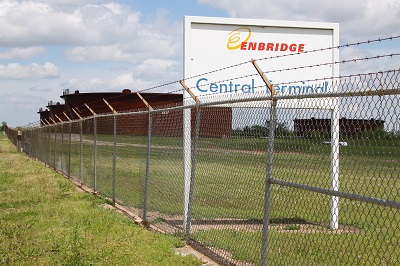 The Calgary-based pipeline operator managed to post a net profit of $378 million for the final three months of 2015, despite “one of the most dramatic downturns in the energy sector in decades”.

It declared itself satisfied that it was able to deliver “very strong adjusted earnings and cash flow growth for our shareholders that were in line with our expectations”, but was asked to address a growing list of projects facing delays.

One of the Enbridge projects caught in the regulatory quagmire is the $7.9 billion Northern Gateway, which is unlikely to get going before the end of the year, admitted Al Monaco, president and chief executive officer.

That is a concern because the National Energy Board permit for the pipeline is set to expire if the company does not start construction by the end of 2016, but the company says it will seek an extension.

Two other recent projects that have run into delays include a proposed $2.6 billion Sand Piper project intended to transport oil from North Dakota to Minnesota, while a $7.5 billion Line 3 Replacement Project is planned to run from Hardisty, Alta. to Wisconsin on the U.S. side, through Minnesota.

The Minnesota Public Utilities Commission has told Enbridge to submit an environmental impact statement before it commences work, but the pipeline operators feels the new requirements are “unprecedented and contrary” to Minnesota law, prompting it to file petitions to overturn the regulations.