Cenovus plans to to increase investment in Christina Lake and its Narrows Lake project by a respective 15% and 42% this year.

Canadian independent oil producer Cenovus Energy Inc has decided to trim spending on capital projects this year by 13% to between $2.8 billion and $3.1 billion, the company said in a note to investors in December.

Cenovus plans to concentrate on expanding oil production in existing fields in 2014 and lessen its focus on emerging oil sands assets, where it intends to channel 40% less in investment in the coming 12 months. The company will focus on oil projects that are anticipated to show production growth over the next four years.

The oil producer has forecast a 10% increase in oil output in 2014, expecting to extract between 190,000 and 208,000 barrels of oil per day. The rise will be driven by increased production from two phases of its Foster Creek and Christina Lake oil sands projects in northern Alberta. 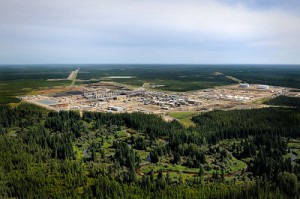 Cenovus Energy Inc plans to lift its investment in Christina Lake and its Narrows Lake project by a respective 15% and 42%.

The company is also awaiting regulatory clearance for its Grand Rapids oil sands project, which it expects to get in the coming months. Clearance for its Telephone Lake project is anticipated in the second quarter of the year.

The Calgary-based company is upbeat that its conventional oil, natural gas and refining business will keep delivering solid operating cash flow, which will underpin the growth of its oil sands projects. Under various pricing scenarios going forward, Cenovus  likely to have positive free cash flow later in 2014 or early 2015. The expansion of production is going to be quite impressive.