Staff will discover their fate in the next few weeks, company spokesman Brett Harris confirmed to the newspaper. 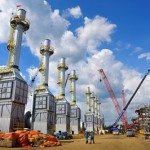 “People know what the (540) numbers are but they don’t know individually,” said Harris.

“Obviously, it’s a terrible, terrible time for everybody and not easy decisions to make but, when your cash flow is significantly reduced, you have to make responsible decisions.”

Harris also revealed that an as-yet-undetermined number of field-based employees will also be laid off next year, as the company attempts to offset lower benchmark U.S. oil prices.

Talk of job cuts will unlikely come as a surprise to employees, given that the Calgary-based firm had made it public in February that it would cut 800 positions.

Harris highlighted the scale of the downsizing project: from the end of 2014 to the end of 2015, the firm will have carried out a 24% reduction in its overall workforce.

The integrated oil company was estimated to save $100 million in 2016 by carrying out its planned 400 job cuts – rising to $135 million for 540 employees next year, using the same formula.

Drilling activity has been halved in Canada and the United States, prompting thousands of job cuts at producer and oilfield services companies. Harris’ latest comments suggest that more job cuts can be expected, as firms prepare for the winter drilling season.

Cenovus Energy Inc. is a Calgary, Alberta based oil company. Cenovus in the business of developing, producing and marketing crude oil, natural gas liquids (NGLs) and natural gas in Canada with refining operations in the United States. It operates four business segments: Oil Sands segment, engaged in the development and production of Cenovus’s bitumen assets at Foster Creek, Christina Lake and Narrows Lake, as well as projects in the early-stages of development, such as Grand Rapids and Telephone Lake, and Athabasca natural gas assets; Conventional segment, engaged in the development and production of conventional crude oil, NGLs and natural gas in Alberta and Saskatchewan, including the heavy oil assets at Pelican Lake; Refining and Marketing segment, engaged in the transporting, selling and refining crude oil into petroleum and chemical products, and Corporate and Eliminations segment.