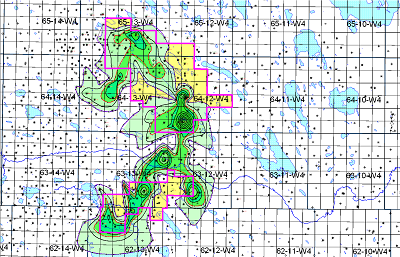 Canada Stockwatch – Cenovus is exploring the possibility of selling its royalty lands in Western Canada.

As CTV news reports, the Calgary-based firm was forced into speaking out late last week after Reuters reported that that it was some way down the line in doing a deal with the Ontario Teachers Pension Plan.

However, Cenovus would not be drawn on the other party’s identity, nor the estimated value of the deal, which is rumoured to be worth between $2.5 billion and $3 billion.

The integrated oil company was also quick to caveat the announcement by saying that there is no certainty that a deal will be done with the unnamed party.

Cenovus added, though, that it is starting to come good on its pledge to find ways to maximize the value of its lands – before drawing the announcement to a close.

“Until such time as it is appropriate to make a public announcement about a transaction, Cenovus does not intend to comment further on this matter,” Cenovus said.

A spokesman for fund manager Ontario Teachers, meanwhile, said it had no comment on the report, after being pressed about whether talks were at an “advanced stage,” as suggested.

If the reported value of the deal is close to the mark, it would make it around $500 million higher than many analysts’ estimates, although it is thought the company would be required to sell some of its own production from the royalty lands if it is to achieve such a figure.

In April, Cenovus said that if market conditions remained relatively unchanged, it expected its cash flow would “essentially cover” its capital spending and maintain its dividend for the rest of the year. The firm recently announced it will pay a second-quarter dividend of 26.62 cents per share on June 30.

Cenovus Energy Inc. is in the business of developing, producing and marketing crude oil, natural gas liquids (NGLs) and natural gas in Canada. The company has refining operations in the United States. It operates in four segments: