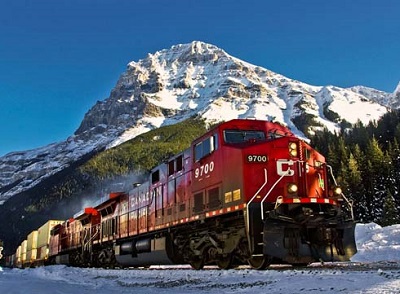 Adjusted earnings were 4 cents a share below analysts’ expectations. However, the carrier said its cost-saving measures will see the firm’s bottom line be in better shape come the end of 2016.

Canadian Pacific has made attempts to offset declines in cargo including crude, metals and minerals by furloughing workers and running faster trains. In addition, over the course of the next 12 months it said it will reduce its headcount by as many as 1,000 employees.

The Calgary-based company, which is attempting to acquire Norfolk Southern Corp., hopes to see per-share profit in 2016 climb by at least 10% from last year’s adjusted EPS of C$10.10.

With operating ratio, used by analysts to measure railroad efficiency, holding steady at 59.8% in the fourth quarter, it suggests that Canadian Pacific has managed to carefully balance its expenses and revenue.

Operating expenses declined 4%, driven by a 35% drop in fuel prices and a 15% dip in material costs. Bloomberg notes that this year’s ratio will improve to less than 59% from last year’s record 60%.

Canadian Pacific can expect to benefit from the stronger U.S. dollar going forward – which accounts for more than half the company’s revenue – having seen the Canadian dollar lose about 14% of its value against its U.S. counterpart in the past year.