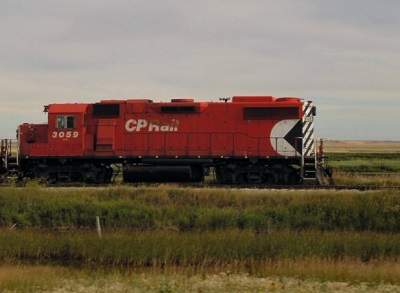 Canada’s second-largest railway operator, which recently abandoned its US$27-billion pursuit of U.S.-based Norfolk Southern Corp., increased its quarterly dividend by 43% and said it plans to buy back as many as 6.9 million shares, or about 4.5% of its total outstanding.

Despite a weak freight market, CP reported a record first-quarter operating ratio — a key indicator of efficiency for railroads, where firms try to achieve as a low a number as possible — of 58.9%, down 430 basis points.

Harrison declared himself “extremely pleased” with the results from the quarter, before addressing CP’s failed bid for Norfolk Southern Corp.

“I used to hate to get a spanking for something my sister did, but there’s only so much we can do.”

However, he remains adamant that consolidation will happen in the industry – but it won’t be before he retires next year.

“We just have to develop a little patience, which I’m not really endowed with, but it’ll happen one day soon,” he said.