The Canadian retail sector is under threat from the oil slump in Alberta and Saskatchewan, according to the Globe and Mail. Retail sales growth in 2015 is forecast to be less than half the rate seen in 2014.

This year’s overall retail sales are predicted to rise 2% to $515.32 billion, a marked decline from the 4.6% rise seen in 2014. The fall is reported to be due to problems in the oil industry, according to a recent Colliers International forecast for Canada.

David Bell, senior consultant of planning and retail consulting at Colliers in Vancouver, said: “If you’re looking at the economic performance of the retail sector as a whole, it’s taking a hit this year, for sure. It’s really being dragged down by Alberta and Saskatchewan.”

The oil squeeze is hitting provinces which until recently were enjoying sustained growth. Big companies such as the Canadian Tire Corp., grocery chain Loblaw Cos Ltd and DIY centre Rona Inc. have been hit hard by the slump. Alberta has been particularly affected.

The issue could become more severe for retailers as they enter the crucial holiday retail season. Retailers will be looking to provinces where the impact of the oil slump has been less, such as British Columbia and Ontario, to cushion the blow. 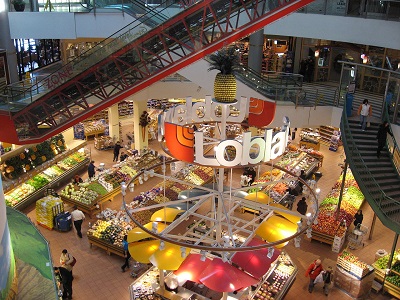 Galen G. Weston, executive chairman of Loblaw Companies Limited (TSE:L, Mkt cap 28.41B, P/E 38.67, Div/yield 0.25/1.45, EPS 1.78, Shares 412.41M), commented that Alberta had “indications of an increasingly deteriorating economic environment. […] We see that specifically in the oil towns, where you’ve had shutting down of big projects and increased layoffs.”

Weston claimed that there were signs the market was beginning to turn, particularly in relation to its financial products range.

Colliers predicts that holiday retail will remain healthy, with a rise in national retail sales of 4.5%, only slightly lower than December 2014’s rise of 4.67%. British Columbia and Ontario, which represent nearly half of the country’s sales, are predicted to balance out losses in Alberta and Saskatchewan.